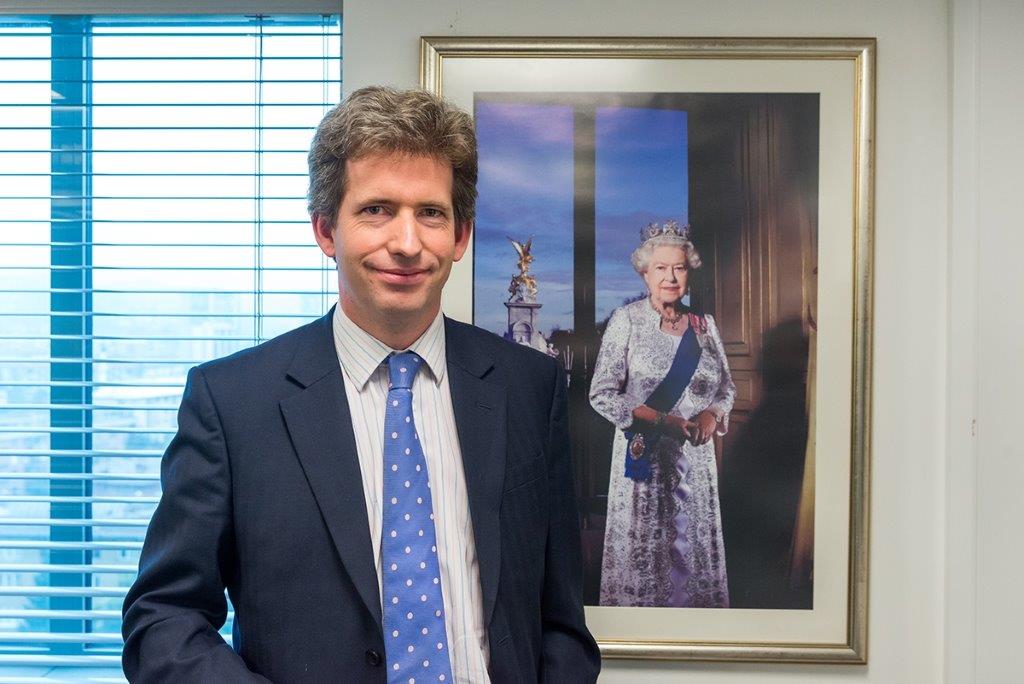 The United Kingdom Ambassador to Bosnia and Herzegovina (BiH) Edward Ferguson leaves office after four years mandate and in a farewell interview for Sarajevo Times, speaks about Euroscepticism in BiH, and about current economic and political issues.

ST: It is evident that in certain parts of BiH the phenomenon of Euroscepticism is present.  In your country, there is also a heated debate about its relation to the EU.  Do you think Brexit can undermine the desire of BH citizens to access the EU?  In your opinion, does BiH have an alternative to European integration? Is there a Russian influence evident in BiH?

Debate is always healthy, but there’s no doubt that the majority of citizens of BiH that I have met want to join the EU.  And it’s obvious why, when the entire Western Balkans region is heading in the same direction, and when 70% of your trade is with the EU.  So no, as a small country in the heart of Europe, I don’t think that there is any credible alternative to European integration for BiH.  Of course, there is influence from Russia in BiH, as well as from other countries.  But I don’t believe that any of them would seriously claim to represent an alternative to the EU.  For example, just 2% of your trade is with Russia.

“I don’t think that Brexit is particularly relevant to citizens in BiH.  We are very different countries, with very different histories – although, I’m pleased to say, with a very similar love of sport, music and dark humour!  We may be leaving the EU, but we fully understand and respect your desire to join, and will continue to support you to reach the necessary standards.”

Because I don’t think that it’s just about the end-goal of joining the EU.  Citizens want the reforms that come first.  The people I meet, wherever they live in BiH, share the same frustrations: they’re worried about the lack of jobs, about young people leaving the country, and about the lack of investment in schools and hospitals, and they’re angry that the justice system is failing to deal with widespread corruption.  That’s why I’m personally so pleased that the new EU strategy for the Western Balkans has the rule of law as the top priority.  The EU accession process is the best tool we have to address the concerns of citizens in BiH, and in the wider Western Balkans.

ST: Your Excellency has supported the set of amendments to the Excise Bill and you stated that revenue will serve the citizens. This year, we had a statement by the BH finance minister Vjekoslav Bevanda who said that the money would not be used for the purpose for which it was intended, but for debt repayment? How would you comment on this?

To be absolutely clear, we supported the excise law exclusively on the basis that the additional money would be used to unlock major international funding for highway and road construction.  Without investment in strategic infrastructure, BiH will struggle to achieve the economic growth necessary to improve living standards for citizens.  The international financial institutions estimate that a construction boom could almost double your current levels of growth.  But the money has to come from somewhere, and excise increases were your governments’ solution.  We received repeated assurances from the authorities that the funds would be used exclusively for highways and roads.

Thanks to the adoption of the new Excise Law, together with the adoption of the countrywide Transport Strategy which was developed with support from the UK, BiH has now received 46 million Euros in non-refundable grants from the EU, and has signed a Memorandum of Understanding with the EBRD worth 670 million Euros.  This will enable the construction of seven new highway sections on Corridor 5c.

But the latest problem is not that the excise revenues are being diverted.  It’s that some people are now trying to change an agreement which has been in place since 2009 about how this funding will be divided between the FBiH, Republika Srpska and Brčko District.  Until this issue is resolved, the money is stuck in the ITA’s Single Account, and cannot be distributed to the Highways Agencies.  So, there is yet more delay.  It’s all extremely frustrating, and I hope it will be resolved very quickly.

Answering the question on statements by the Croatian high officials on the radicalization and terrorism in BiH, Ambassador Ferguson says that there is no country in Europe that isn’t facing some kind of threat from radicalization, extremism or terrorism, the UK obviously included.

So, this is a shared challenge, and we all need to work together to defeat it.  We should not be complacent about the threat in any of our countries, but nor is it helpful to exaggerate it.

Moreover, he adds that the most important is that the law enforcement agencies are doing their job.  And it is very positive that, according to the responsible authorities, over the past two years no new BiH citizens have gone to Iraq or Syria as foreign fighters.

As far as BiH is concerned, the UK Embassy is obviously following the situation closely, and works well with BiH different agencies and police.  There are some serious problems: Embassy is concerned about BiH’s continued failure to appoint a focal point to liaise with Europol, and about the failure to amend the criminal procedural code and the law on OSA to ensure that special investigative measures can be used, where there is a need, to international standards.

“But speaking personally, I have never felt unsafe in BiH, and have been very happy that so many of my family and friends have visited us here, and have all had a wonderful time.”

ST: According to available information, what is the amount of the British investment in BiH and in what areas are investors from the UK especially interested? Does the Embassy organize some activities in order to contribute to encouraging direct investment and to introduce the BiH market as fertile ground for new investments?

There’s no doubt that UK direct investment in BiH could be higher, but in fact we are already the 10th biggest investor here over the past decade, and in 2016 we were the 4th biggest behind Croatia, Austria and the Netherlands.  We have companies active in a whole range of sectors, from mining and electricity production to packaging and brewing.

Last November, the Embassy of BiH in London organised a trade and investment roundtable.  I attended, and I thought it was a very good event.  There were about 30 participants from the financial, investment, legal, health and education sectors, amongst others.  BiH’s Foreign Investment Promotion Agency gave an excellent presentation to highlight some of the major opportunities in key sectors like energy, tourism and agriculture.  A number of the companies I spoke to were already looking seriously at potential investments in BiH, and the British Embassy has been in contact with some of them since, so I hope that we will see some positive results.

“In 2016, UK exports amounted £169m, a 200% increase from 2015.  BiH exports to the UK were £193m, a 240% increase from 2015 with trade in services making up around 80% of that.  The British Embassy has active links with around 120 UK companies operating in BiH, mainly through distributors.  Our trade team helps them to navigate BiH’s complex business environment, through market and sector research, and by finding them local business partners.  We also organize promotional events.  I’m very pleased that we are seeing new British brands enter the market.  For example, Jaguar Land Rover opened last year, and they’re doing really well.”

Speaking about the education systems in BiH and the UK, that is for years known for education, Ambassador says that the education is such an important issue – perhaps the most important – and yet it hardly gets discussed in BiH’s politics.  That’s a big difference from the UK. Also, he adds that there are some good schools and some great teachers in BiH.

“I think I’ve visited several of them.  But overall, your education system needs significant investment, and it needs to be brought up to date.  I was at a school recently where they told me that their IT textbooks were printed in 1995!  In 1995, I’d never even heard of email!  So, it will be interesting to see the results of the PISA assessment process, which has just begun across BiH.  This will show how primary education in BiH is performing compared with other countries in the region, and the wider world.  I think it will show that there is a lot of work to be done.  I sincerely hope the relevant policymakers will use the results to shape education reforms.”

You’re right that the UK has a global reputation for the quality of our education.  At the moment, Oxford and Cambridge are ranked as the top two universities in the world.  But one thing that is really important is to ensure that schools and universities are producing people with skills which are relevant to the modern economy: particularly in science, technology, engineering and mathematics, as well as in critical thinking, problem-solving and analysis.  I hope that British investors will be able to help raise the standards of education in BiH in these areas.

How a Bosnian got the Idea for a Product that is famous all around the World?
Next Article Analysis: Total production of forest assortments in BiH in 2017
Leave a comment Leave a comment