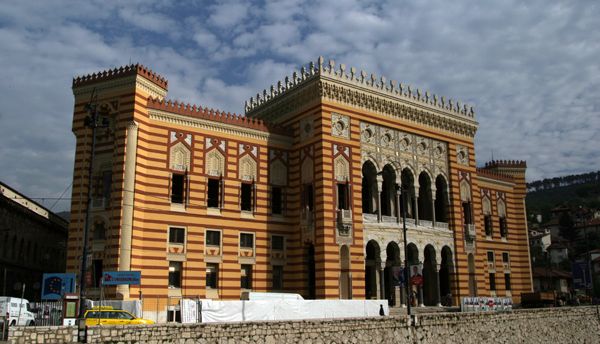 On the occasion of April 6th – the Day of Sarajevo and the thirtieth anniversary of the beginning of the siege, Mayor Benjamina Karic presented yesterday a rich cultural, artistic, sports, and scientific program.

The Mayor of Sarajevo, Benjamina Karic, presented the planned activities planned for April 4th, 5th, and 6th, which will be marked in the City Hall – a kind of symbol of the city, its resistance and the place of this year’s program.

“We will start the program marking the anniversary of the siege of Sarajevo on Monday with an exhibition by Paul Low, entitled ‘Opsada/Siege’. Paul is a British, but also a Bosnian with a Sarajevo address who marked everyday life during the siege with his objective,” Karic said.

At 8 p.m., there will be a video projection of “Sarajevo Rose”, a story about the war symbols of the suffering of this city, Klix.ba writes.

The next day, on Tuesday, it is planned to mark exactly 30 years since the beginning of the siege of Sarajevo, the longest siege of a city in modern history that lasted a full 44 months.

“Attendance at the April 5th conference was confirmed by Carmel Agius and Serge Brammertz, President and Chief Prosecutor of the International Residual Mechanism for Criminal Courts, former UNPROFOR Commander in Bosnia and Herzegovina (BiH) Rupert Smith. The conference will also be attended by Johann Sattler, Head of the European Union (EU)Delegation to BiH, and Prof. Dr. Ivo Komsic – former member of the BiH Presidency and former mayor of Sarajevo, “explained Karic.

“April 6th is the day when we celebrate the day of Sarajevo, the city of beauty, culture, tolerance, and human warmth. We will dedicate that day to people who have built their lives into the freedom and progress of the city,” noted Mayor Karic.

On this day, the citizens of Sarajevo will receive the renovated Bistrik station, a symbol of the city and a national monument that protects the long history of railways.

“We have enriched the building of the Bistrik station with the exhibition Walter defends Sarajevo,” announced Karic.

Also, a rich children’s, sports, and cultural program is planned. Divanhana will hold its concert on the plateau next to the City Hall, and Mayor Karic announced that free admission to cinemas will be provided in the next month so that the citizens of Sarajevo can enjoy 33 short films shot in Sarajevo.

Gas Supply under Contract in BiH, there is no Requirement to pay in Rubles
Next Article