The Coalition of States announced that it expresses deep disappointment that the candidates for the highest positions in Bosnia and Herzegovina are shamelessly trying to use people and every situation to score cheap political points.

“The most recent example of this is the visit of Denis Becirovic, vice-president of the SDP party and candidate for the BiH Presidency, to Bihac on the day of the arrival of the regatta participants, when the city is full of diaspora from all the cities of the Una Sana Canton and the diaspora, who traditionally gather there for the occasion.

After joining the crowd of citizens with a group of Krajina hosts from the ruling ASDA/NES and SDP parties, he used the gathered crowd and published that photo as his own statement with the text that ‘thousands of residents of Bihac and Krajina warmly welcomed Denis Becirovic,'” they stated.

They further state that, after the people  saw and reacted on social networks to this mainuplation, he  corrected the post on Facebook.

“Nevertheless, this does not diminish his responsibility and his intention to try to deceive the public in such a cheap way. With this, he once again showed that there is no difference in manners, attitude towards citizens and misuse of public resources for selfish, political purposes between him and Bakir Izetbegovic. It is the same matrix and the citizens would not see any change in the Presidency with the election of either of them. And through their actions, the difference and the real change that the citizens expect in the Presidency of BiH, which would certainly be brought about by the candidate of the Coalition of States Mirsad Hadzikadic, can best be seen,” they added.

Therefore, the Coalition of States calls on Becirovic to publicly apologize to citizens and the BiH public for his attempts to lie and abuse people.

“Also, we remind him of the questions that the public of Krajina sent to him – let him announce how many times in his 20 years of parliamentary work he mentioned Krajina or proposed one of the problems of Krajina on the agenda, as well as answer if and when he visited Krajina since the last campaign when he came for votes four years ago and made the same promises as now? People of Krajina in particular have been deceived many times so far by bad and selfish politicians. This time they have a choice and are not condemned to idealess and uncreative populists, who destroy themselves every day they are further distancing themselves from the people from whom they expect support in October”, it was concluded. 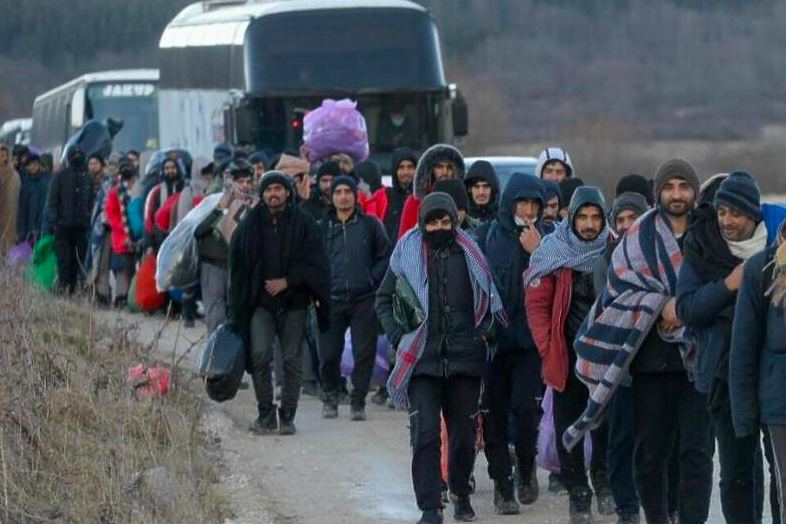