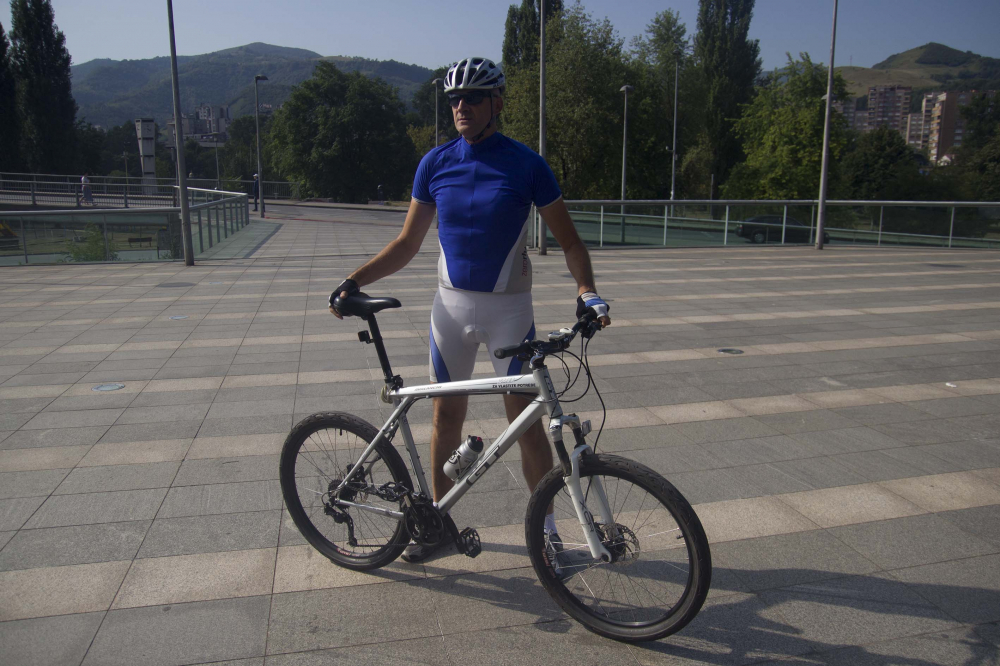 A bicyclist Nedzad Agic on Tuesday morning left Zenica and headed to Dubrovnik in order to commemorate the 828th anniversary of the signing of Ban Kulin’s Charter.

The bicyclist ride of 340 kilometers on the road Zenica – Mostar – Neum – Dubrovnik began at 6 a.m. and the mayor of Dubrovnik Mato Frankovic greeted Agic. The reason why he decided on the 340 kilometer ride is that he wants to breathe his ancestors’ spirit and in a special way mark the anniversary of one of the most important documents in the history of BiH.

“I want to breathe may ancestors’ breathe and see where Ban Kulin’s Charter was signed. People in BiH have to understand that bicycling is the most environmentally friendly type of transport and that’s why I decided to bike,” Agic said.

He added that he’ll be publishing information from his two-day trip on his Facebook profile, as well as through media, which will follow his path to Dubrovnik.

“The Croatian consulate gave us its support in the realization of this project, as well as an invitation from the organizers of the event dedicated to the commemoration of the Charter which will take place in Dubrovnik and the mayor of Dubrovnik will welcome me to the city,” Agic added.

The anniversary of the Charter will be commemorated in Zenica by the Citizens’ Forum of Zenica, while Ahmed Hamzic, the president of the Cultural-Artistic Association “Gorica” said that Agic will give the mayor of Dubrovnik a book on Bosancica letter and a hand-made tower.

“This is a tradition and children should know the tradition of Bosancica. They must know that script and one of our ideas is to bring this history closer to them so they don’t forget it,” Hamzic said.