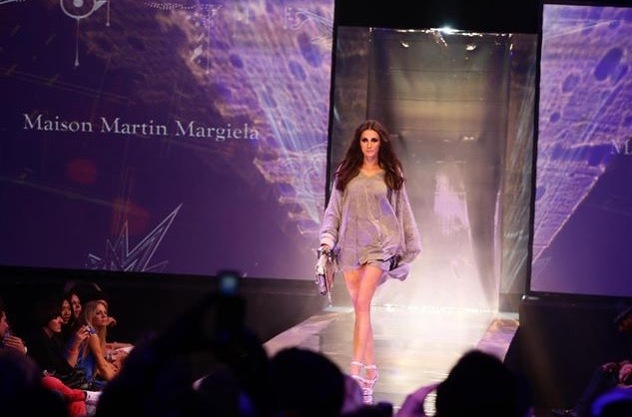 In the further period, BH model Dzejla Glavovic is traveling to Germany and Italy where she will continue the successful cooperation with certain fashion brands with whom she had a cooperation earlier as well.

In the beginning of September, Dzejla Glavovic is travelling to Germany, and then to Italy on several direct bookings, among which are Escada fashion shows and the catalog of the brand Airfield.

Airfield is one of the most exclusive German fashion brands, participant of the fashion weeks around the world, while their campaigns can often be found in the famous fashion magazine Vogue.

BH model already had an opportunity to make fashion shows and look books for this brand, as well as for the company Escada which is booking her for 10 years, so it is about a well-established jobs in each new season.

“I am glad because of the fashion show of the brand Liebskin, which is actually former Wolfgang Joop, behind whom is today his daughter. I will use one free day to do go&see, which is being scheduled by agency with the designer for the next Berlin fashion week in January“, said Glavovic.

After returning to B&H, BH model will shoot the campaign for the new collection of the brand Belma Tvico Stambol.

Career of Dzejla Glavovic started in Paris, where he opened the show at the Fashion Week, and it went upwards after 2002, when she won the prestigious title Miss Earth in the competition of 96 girls at Philippines, after which follows the continuation of the career and several years spent in Asia, In that time, Amela Radan, director of the Sarajevo Fashion Week, was his mentor and the great support.

After Asia, Dzejla Glavovic continued her career in Europe where she worked and lived for ten years, until her return to B&H.

Today, Dzejla Glavovic is successfully maintaining her career with frequent visits to fashion capitals. She is owner of the fashion agency Scouting and is building careers for new generations of BH models.