On the occasion of the 30th anniversary of the beginning of the war in Bosnia and Herzegovina, members of the German parliament are discussing the situation in our country.

The Minister of State for Europe in the Government of Germany, Anna Lührmann, said that she was shocked by the pictures from Bucha and the surrounding villages in Ukraine, and that innocent citizens were killed while trying to escape from the bombs.

“It reminds us of the Srebrenica genocide. Today we are reminded of the beginning of the war thirty years ago, in which over 100,000 people lost their lives and more than two million were expelled. The peace agreement led to the end of the war, but we see ethnic divisions in the country still affects everyday life, dominates politics and blocks progress, ”Lührmann said.

She added that the country still needs German support, because war crimes are still denied in BiH, Klix.ba writes.

She stressed that Germany must stop Milorad Dodik and must give support to High Representative Christian Schmidt.

“When we look at the reality of BiH citizens today, this country is going through the biggest crisis since the end of the war 30 years ago. There are efforts by Republika Srpska to secede. Dodik is supported by Moscow and the Kremlin in those efforts. which will be the first step in that regard, ”Bayer said.

He added that the statements of the Ambassador of Russia to BiH, Igor Kalabukhov, were a direct threat to Bosnia and Herzegovina. He stressed that BiH must gain a European perspective and that the accession process must be accelerated.

“I call for the deployment of German troops throughout BiH, because that is important for the stability of Europe,” Bayer said.

Minister for Cooperation and Development Svenja Schulze said that Germany supports the process of accession of the Western Balkan countries to the European Union.

“This is important for the people of the region and for the victims. Russia has supported separatist tendencies in partner countries such as BiH, Moldova and Georgia for the past 30 years. They have supported destabilization, we must act against it,” Schulze said. 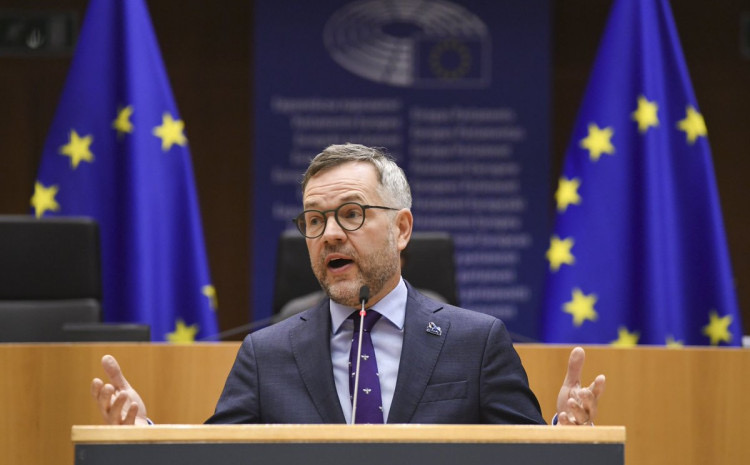 If Russia wins the War, the Conflicts will spread all the way to the Western Balkans
Next Article

Komsic on Escobar’s Statement: If we are going to enter the EU with such a constitutional Arrangement, let us enter immediately
Leave a comment Leave a comment