Statistic data shows that caviar, whiskey, exotic nuts, as well as luxury cars worth several tens of millions of BAM are imported in BiH on an annual level.

On the other side, around half a million unemployed citizens live on the very edge of existence. Experts noted that the gap between the rich and the poor is large and that it will become even larger, if this practice is continued.

Ten luxury cars, worth three million BAM, were imported in the first three months of the year of 2018. It is very unusual that this figure will largely exceed last year’s figure when three million BAM were spent for ten luxury cars during the entire year. Citizens say that the gap between the rich and the poor is getting bigger.

The most expensive car from the list is the Porsche Coupe, whose value amounted to 514,000 BAM. In the second place is Ferrari with the value of 492,000 BAM, while the third place went to Mercedes, and its value is around 310,000 BAM. Economists warned that there is an increasing stratification of society to those extremely rich and those extremely poor.

Another interesting fact is that the amount of credit loans for purchasing cars was drastically reduced in the past 10 years. According to the Central Bank, the citizens of BiH took 57.5 million BAM of loan for the purchase of cars in 2007, while that figure last year was 10.3 million BAM. The reason for this, according to sociologists, is a huge standard decrease.

While one part of the society in BiH is spending tens of millions of BAM on luxury and cars, on the other side, every sixth citizen of BiH is going to bed hungry because they have only 3 BAM on average for their survival on a daily basis, and thus they do not have anything left for dinner, let alone some luxury car. 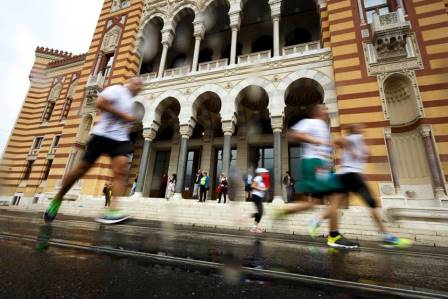