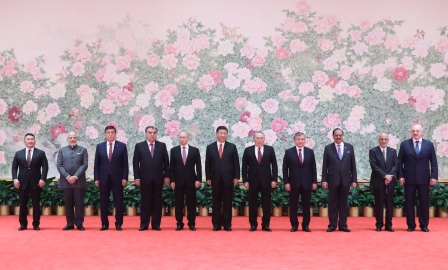 QINGDAO, China, June 9 (Xinhua) — As Shanghai Cooperation Organization (SCO) leaders gather in this dynamic Chinese port city for a summit over the weekend, the world’s largest regional institution is poised to open a new chapter in its already remarkable development.
Given the increasing influence of the SCO, which now represents nearly half the global population and serves as a model for international win-win cooperation, sustained sound growth of the organization will benefit not only its eight members but also the world at large.
The summit in Qingdao, China’s city of sails, is the SCO’s first since India and Pakistan became full members last year, and follows 17 years of steady progress, which has turned it into one of the most successful regional institutions across the globe.
When China, Kazakhstan, Kyrgyzstan, Russia, Tajikistan and Uzbekistan founded the SCOin June 2001, its primary mission was to build mutual trust, safeguard trans-border security and boost anti-terrorism cooperation, a focus that has proved to be strikingly visionary in the wake of the Cold War.
Over the following years, the SCO made impressive achievements in combating the “three evil forces” of terrorism, separatism and extremism, as well as in cracking down on cross-border and cyber crimes. As a result, security and stability have been markedly improved across the region.
Later on, in line with the changes in the international circumstances and the needs of its own members, the SCO gradually expanded its agenda from security to economic and cultural cooperation.
On the economic front, the SCO has been a staunch champion of free trade and common development in the region. Its members have carried out a series of facilitation and liberalization measures, and signed the SCO Development Strategy 2025 and a string of other agreements, providing a strong and steady boost for the growth both of the organization and of their respective economies.
Official statistics show that the combined GDP of the SCO’s six founding members reached 12.63 trillion U.S. dollars in 2017, increasing more than seven times from the 2001 level. During the same period, their total trade volume also grew more than seven-fold, reaching 4.9 trillion dollars in 2017. The numbers have climbed further after the accession of India and Pakistan.
People-to-people exchanges are also gathering steam. More tourists are traveling between SCO countries, and more joint cultural events are being held. Among many other programs is the SCO University, which was initiated in 2007 and now comprises a network of 82 educational institutions in member states providing highly skilled personnel training in seven fields, including ecology and nanotechnology.
All these achievements have highlighted the practical significance and lasting vitality of its bedrock principle — the Shanghai Spirit, which features mutual trust, mutual benefit, equality, consultation, respect for cultural diversity and pursuit of common development.
Since its establishment, the SCO has faithfully upheld the Shanghai Spirit, advocating mutual respect and win-win cooperation and following an external policy that adheres to non-alignment and not targeting any third country.
Particularly, the SCO has consistently played an active and constructive role in regional and global affairs, and set a striking example for forging the China-championed new type of international relations, which features mutual respect, fairness and justice, and win-win cooperation.
An eloquent testimony is the SCO’s openness. It has granted full membership to India and Pakistan, it routinely invites representatives from international organizations to its summits, and it always stands ready to work with willing parties for mutually beneficial cooperation.
Meanwhile, it is also the SCO’s open posture that is ushering in a new era of its development. After the membership enlargement, it now boasts more people and broader markets, which naturally means greater potential and brighter prospects.
Against the backdrop of rising protectionism and isolationism in some parts of the world,SCO solidarity and cooperation now bear greater global importance. In parallel, the Belt and Road Initiative and the building of a community with a shared future for mankind — two grand visions proposed by Chinese President Xi Jinping — have opened new prospects for SCOdevelopment.
The Qingdao summit represents a unique opportunity. It is expected to lay out new plans to enhance the synergy of development strategies of SCO countries, adopt a number of documents and action plans on practical cooperation, and deliver a clear message on improving global governance and consolidating the multilateral trade system.
All SCO members, both old and new, should continue to stand together in the Shanghai Spirit, and join hands to build on the positive momentum and strive for further progress.
It befits the historic occasion in the sailing city in the SCO’s birth country that the exemplary organization will, as Xi said in his toast at the welcome dinner on Saturday evening, “hoist the sail of the Shanghai Spirit, break waves and embark on a new voyage.”

Top Business News from BiH for this Week
Next Article 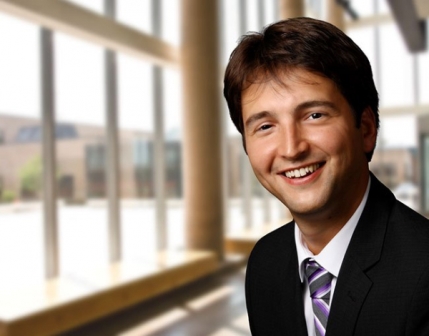