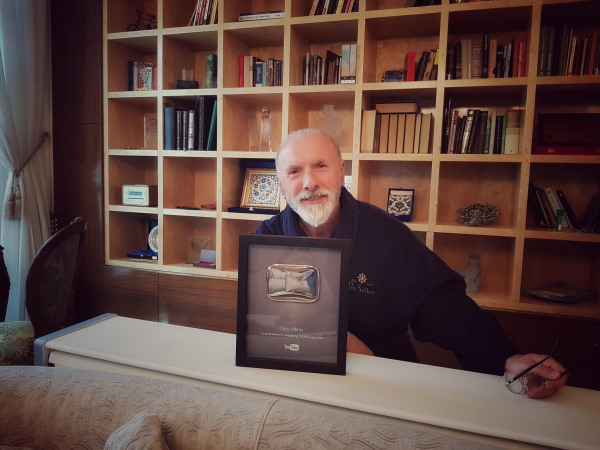 The music wizard Dino Merlin received the YouTube Silver Creator Award, which is awarded to people who reach 100,000 subscribers on their YouTube channel.

“Thanks to you, the silver is here, and now let’s go for gold,” stated our famous singer, Dino Merlin.

The YouTube Gold Award is awarded for more than a million subscribers. Considering its popularity and the increasing number of his fans, there is no doubt that the regional star will win the gold as well.

The silver award arrived by mail, together with a congratulations message for Dino from the director of YouTube.

Dino Merlin will arrive at the Ostermann-Arena in Leverkusen (Germany) today for the second time, and a record visit and an exceptional musical event are expected for all visitors.

The first concert in the next year is planned in Zadar. The meeting of Dino Merlin and his fans in Zadar is scheduled for Saturday, February 10, 2018, in the beautiful Arena named after the great basketball player Kresimir Cosic.