The President of Republika Srpska Milorad Dodik, after consultations with the parliamentary parties in that entity, stated that he expects that a new RS government could be elected in the first week of December.

Dodik said that he invited all political parties that have their own representatives, deputies or parliamentary groups in the National Assembly of the RS to consultations, that a significant number of them responded, and that the representatives of SDS, PDP and another party from opposition did not appear.

“All the others are,” Dodik said, adding that the subject of the discussion was determining the proposal for the mandate, and the SNSD proposed Radovan Višković.

Dodik says that he has a secure parliamentary and parliamentary majority of 53 MPs who will vote for the election and confirmation of Radovan Višković as Mandate.

He stated that a number of ministers, who have had two mandates so far, will not be able to continue.

Answering a journalist’s question, he said that MAP does not exist, that it was never adopted.

“The Reform Program was adopted, which foresees a certain form of cooperation with NATO. That’s fine, that’s not a big deal. What will not happen is NATO membership. We are not the ones who share programmatic values ​​with other political parties,” said Dodik.

He says that HDZ is also the one who thinks that Bosnia and Herzegovina should join NATO.

“But we with the HDZ do not tighten or tighten up on these issues. HDZ will always say that, but they will not consider it obligatory to impose their position on us. SNSD will certainly not sign any coalition or program agreement with other political parties. There is no need for that,” said Dodik, Fena news agency reports. 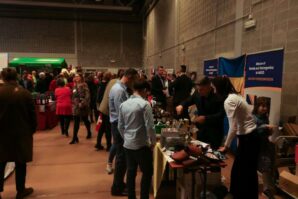