Member of Presidency of Bosnia and Herzegovina (BiH), Milorad Dodik assessed that the eventual imposition of the Election Law would contribute to even greater confusion in BiH and that this is what Christian Schmidt is doing, is obviously lobbied by Croatia contrary to the Bundestag Resolution.

Dodik said that the fact that the Resolution was initiated by Adis Ahmetovic “says more about the Bundestag than about him“.

He stated that Ahmetovic copied the resolution of the SDA and that it is surprising that the German parliament accepted this “hoax”, and he reminded that Schmidt is the holder of a great decoration of the state of Croatia.

When asked whether Zeljko Komsic will win the elections for the fourth time, Dodik said that it is now a little more complicated, because “Bakir Izetbegovic is a little threatened” with the proposal of the united opposition in the Federation of BiH (FBiH).

“According to the surveys, he lacks 80.000 to 90.000 votes and he will not be allowed to risk that his mosque will now transfer those people to Komsic. So it will be interesting. In any case, it is uncertain for both Komsic and Izetbegovic,” explained Dodik.

Regarding allegations of sanctions against Russia, Dodik said that BiH has not formally – legally introduced sanctions and that Russian President Vladimir Putin, with whom he recently spoke, understands this.

Dodik repeated his long-known views that BiH is a “failed concept”.

“I gave a chance and everyone knows that. We have to respect each other, our rights and powers, but the Muslims want revenge. They want to take revenge on the Serbs, supposedly,” said Dodik.

When asked whether the Turkish President Erdogan could be a “bridge of reconciliation”, Dodik said that Erdogan is very pragmatic and that he said at the meeting in Sarajevo – “you will not have success with the country if you do not come to an agreement internally, ignore the foreigners,” Klix.ba writes. 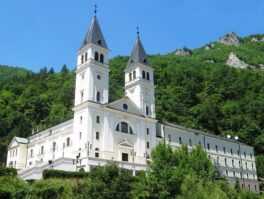