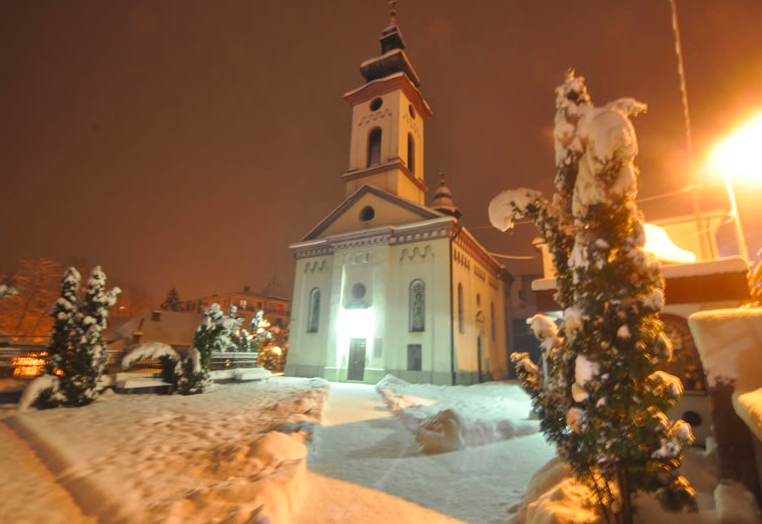 Among the religious buildings in town it is important to mention Temple of Birth of St. John the Forerunner. It is the oldest parochial church in Serbian Orthodox Diocese of Zvornik and Tuzla. It was built on the foundations of the old temple in 1817. This religious object gained its importance because it is known that the church was Zvornik’s metropolitans headquarters from 1823 until 1852. The church’s bells are from 1927 and they were the present for Zvornik from King Aleksandar I Karađorđević. The temple is under protection of state together with its valuable movable icons, old books, charters with golden seal (orig. hrisovulje) and Serbian crafts society’s flag, Zvornik info writes.

What is also interesting to be visited in Zvornik is Kasina building, an architecturally valuable building from Austro-Hungarian period, built in the early 20th century for the Austrian army.

More specifically Kasina dates from 1910 and once it served as the officers’ home. The building is built in secession style, and one of the most important characteristic of this style is dynamic, wavy line, decoration and asymmetry.

In 1979 was performed a construction intervention on the object when a reading room was added on the east side. Dimensions of this independent facility are 16 and 20 meters. It is richly decorated with moldings in the shape of geometric forms, as well as a roof cornice.

Kasina building was, after it was not the officers’ home anymore, a gathering place for young people and a venue for cultural events. It was very significant because it was a place where Zvornik citizens socialized through organizing parties, ceremonies for some religious and national holidays, or certain events from national history.

Today, this building with yellow facade is recognizable symbol of town and important cultural institutions are located there – Library and Museum collection.