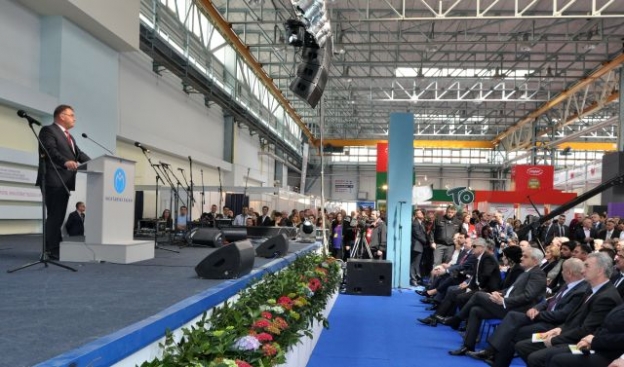 International trade fair – Mostar 2015, one of the most important trade manifestations in this region, was officially opened yesterday at the area of the Free zone Herzegovina.

The far, that will last until 18th April, was opened by the Chairman of the Presidency of Bosnia and Herzegovina, Mladen Ivanic, emphasizing the importance of that manifestation.

“I am pleased that the Presidency of BiH is a sponsor of this manifestation, and we accepted it for two reasons. One is that the Mostar fair is the most serious trade manifestation in BiH which, despite years of crisis, gathers a large amount of exhibitors, and the second one is that this manifestation is taking place in Mostar. This city must become a place it deserves to be, and that is to be one of the key cities in BiH, by the economic and cultural life.

At this year’s, 18th fair, at around 30.000 square meters of the indoor and outdoor space, 750 exhibitors from 20 countries of the world will exhibit their products. Exhibition partner is Taiwan, far east country with the great economic potential.

The director of the Mostar fair, Dalfina Bosnjak, said that despite the hard trade, social and political situation in the country, Mostar fair continued its tradition of taking place, emphasizing her pleasure with the fact that fair capacities are full.

After the opening, high delegations visited the exhibition space, and after that, the Deputy Chairman of the Council of Ministers of BiH and the Minister of Finance and Treasury of BiH, Vjekoslav Bevanda opened the sub-fair event, Fair of the wood industry.