An informative meeting connected to the organization of the European Cup in Alpine skiing 2014 was held today on Bjelašnica in the Cabinet of the member of the Presidency of B&H, Željko Komšić.

On the meeting, Komšić officially accepted the position of the President of the Organizing Committee of the European Cup.  The director of  ZOI ’84 Salko Hasanefendić , the president of the Ski Federation of B&H Đelal Hasečić, the managing director of the Olympic Committee Said Fazlagić and the Mayor of the Municipality Trnovo attended this meeting together with other representative of the Winter Olympic Games (ZOI ) ’84 and the Ski Federation of B&H.

The director of the Winter Olympic Games (ZOI)’84 presented the realized projects within the preparations for the  season of 2012/2013, as well as other plans for realizations of projects in 2013.

The next meeting is planned for January 2013, when they will officially chose the members of the Organizing Committee and present the budget for the realization of this big ski event. 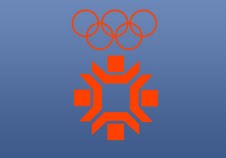