On June 26th, the Change of Command ceremony where Major General Martin Dorfer will hand over the post of Commander EUFOR to his replacement Major General Reinhard Trischak will take place.

United Nations Security Council (UNSC) Resolution 1575, adopted unanimously on 22 November 2004, welcomed the EU’s intention to launch an EU military operation in BiH. It authorized the Member States acting through or in cooperation with the EU to establish a multinational stabilization force (EUFOR) as a legal successor to SFOR under unified command and control, which will fulfil its missions in relation to the implementation of Annex 1-A and Annex 2 of the Dayton/Paris Agreement. EUFOR has the main peace stabilization role under the military aspects of the Peace Agreement.

The Resolution also welcomed the EU’s increasing engagement in BiH. EUFOR’s mandate was extended by UNSCR 1639 (2005) on 21 November 2005.
UNSC Resolution 1551, adopted unanimously on 9 July 2004, welcomed the EU’s intention to launch such a mission.
The decision by the EU to launch ALTHEA follows the decision by NATO to conclude its successful SFOR-operation. ALTHEA is carried out with recourse to NATO assets and capabilities, on the basis agreed with NATO (“Berlin Plus”).
In 2012 the Operation reconfigured and changed its focus to Capacity Building and Training (CB&T) of the Armed Forces of BiH (AF BiH). It, nevertheless retained its obligations to support the BiH authorities in maintaining a Safe and Secure Environment. In 2018 the CB&T programme was successfully concluded as the AF BiH had achievedthe aim of being self sustainable in their military training.

Althea is regarded by many as the Greek goddess of healing. In myth, Althea, mother of Meleager, was told by the Gods that her son would die as soon as a piece of wood on her fire was consumed. Althea took the wood from the fire, extinguished it and placed the wood in a chest to preserve her son’s life. With the fire in Bosnia and Herzegovina extinguished, Operation ALTHEA will now assist the healing of the country and all its peoples. Unlike the myth, the wood will never again be taken from the chest but will remain preserved, safely, forever.

Analysis: Network of the Russian Wagner in the Balkans 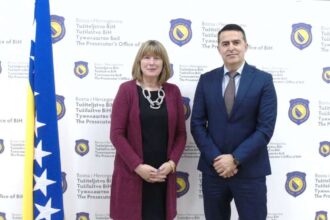 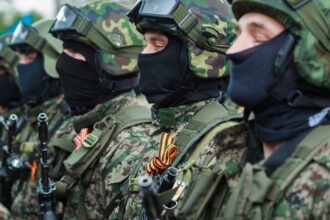 Analysis: Network of the Russian Wagner in the Balkans