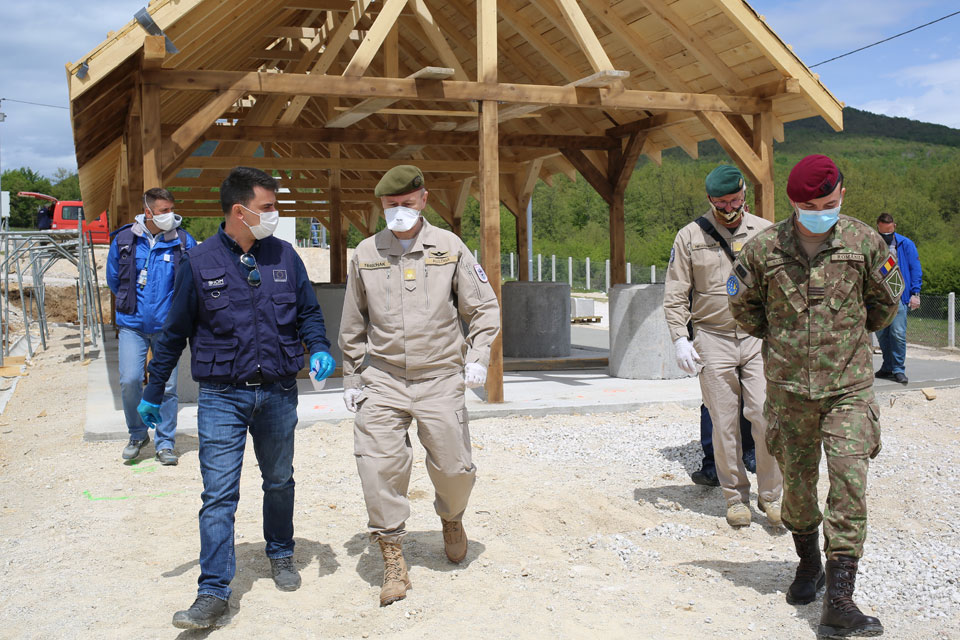 On 11 May 2020, COMEUFOR, Major General Reinhard Trischak, travelled to Lipa to visit the migrant camp recently established by the International Organisation for Migration (IOM). COMEUFOR was welcomed at the camp by officials of the IOM, including Mr. Vladimir Mitkovski who is responsible for the area.

An introductory brief gave an insight to the IOM and explained details such as work on the construction of the site and the organization of the camp. They then embarked on a tour or the facility. This new site, migration camp Lipa, is named after the nearby village and is about 25km southeast of Bihac. The site, primarily funded by the EU, covers 39,000 square meters and can house approximately 1000 migrants.

Major General Trischak was extremely impressed by the achievements of the IOM in Lipa. He congratulated Mr. Mitkovski and the Camp Commander on their work.

The camp accepts only single males and security is provided by a 24hr police presence. There are separate parts of the camp for isolation and quarantine, to deal with COVID-19 cases, and they have access to testing. Catering for a range of dietary requirements is done off-site and brought in to the camp, whilst other amenities such as access to electricity and Wi-Fi are available. The Red Cross also has access to the camp.