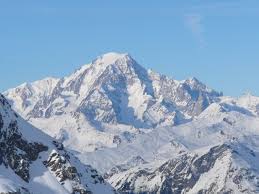 Members of the Croatian Mountaineering Association “Prenj 1933” from Mostar a few days ago climbed to the highest peak of Western Europe – Mont Blanc, at 4810 meters above sea level.

A team of 16 hikers, of whom four women, moved from Mostar on July 12th to the way to Chamonix, and two colleagues from Vitez and Travnik joined the expedition.

The experience of this interesting and overwhelmingly demanding journey was described by Danijela Tomicic who climbed Mont Blanc with her husband Josip.

Without denying the enthusiasm and pride of this venture, Danijela thanked the team for “happy moments, helpful advice, mutual understanding and common steps” as well as everything that went through the journey itself.

Mont Blanc is the highest mountain in the Alps and the highest in Europe west of the Caucasus peaks of Russia and Georgia. It rises 4,808 m (15,774 ft) above sea level and is ranked 11th in the world in topographic prominence.

The Mont Blanc massif is popular for outdoor activities like hiking, climbing, trail running and winter sports like skiing, and snowboarding.

The three towns and their communes which surround Mont Blanc are Courmayeur in Aosta Valley, Italy; and Saint-Gervais-les-Bains and Chamonix in Haute-Savoie, France. The latter town was the site of the first Winter Olympics.