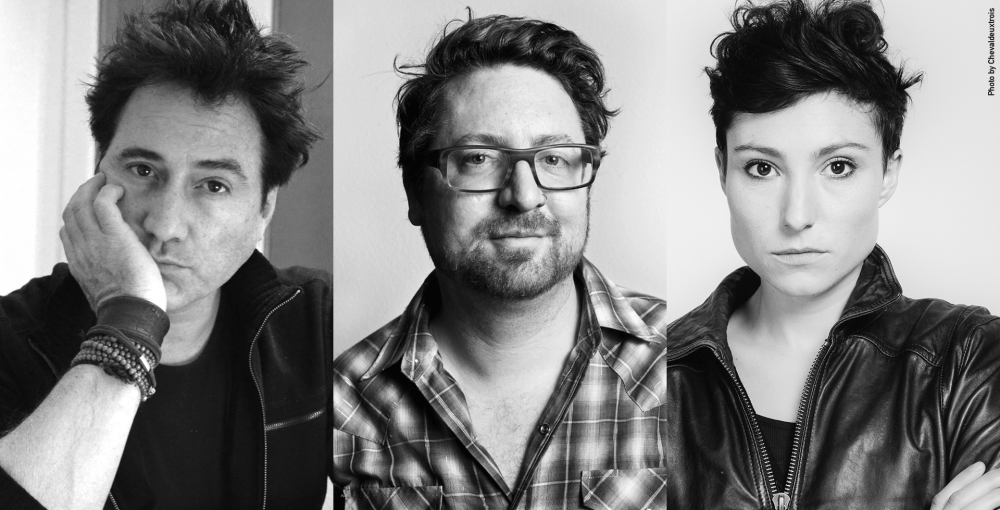 The Jury will announce the winner at the Partners’ Awards ceremony on August 16.

ALEC VON BARGEN
Visual Artist/Actor/Writer (USA)
Alec Von Bargen was born in New York City and studied Dramatic Arts, Art History and Photography. He has worked as an actor in productions screened at the Cannes, Berlin and Sundance film festivals, helmed by the likes of Robert de Niro, Francis Ford Coppola, Gary Walkow, Salim Nayar and Gabriel Beristain, among others. He adapted the award-winning stage production of CLOSET LAND (winner of Mexico’s FONCA grant) and wrote TARANTATA (Onassis Playwriting Competition Finalist, Greece). Alec is also a well-established visual artist. His work has won numerous awards, the latest being the 2017 International Fine Art Photographer Award in Paris, the 2018 IPA’s, the 2018 International Color Photography Awards and the 11th edition of the Pollux Awards. Alec is currently Visual Advisor for the Venice Film Festival’s ‘Biennale College Cinema’ and he is the director and creator of the artist collective ‘The Crema Collective’.

JOHN CANCIANI
Artistic Director of the Internationale Kurzfilmtage Winterthur (Switzerland)
John Canciani, Italian/British/Swiss (1975, Winterthur), artistic director of the Internationale Kurzfilmtage Winterthur, since 2013 is film curator at Cinema Cameo/Filmfoyer Winterthur where he advices the programme manager, regularly curates film programs and moderates Film Talks. He has a Master in Advanced Studies in Curating ZHdK and was Editor of the IssueNo.23 of the magazine on-curating „The Future of Short Film“, which was presented at Internationale Kurzfilmtage Oberhausen. He is Member of the Swiss Film Academy and the European Film Academy, Board Member at Pro Shorts and the Short Film Conference. He advices Swissfilms for the yearly Short Film Booklet. John Canciani has curated various film programmes which where shown at the Cabaret Voltaire Zürich, Institute of Contemporary Arts (ICA) London, Centre Culturel Suisse Paris and Ann Arbor Film Festival and has been a Jury member at numerous film festivals. His Film TOKYO ROCK N ROLL (2007) was shown at 18 Festivals.

RACHEL LANG
Director (France)
After combining studies in philosophy at the Marc Bloch University with the dramatic arts Academy of Strasbourg for two years, Rachel Lang entered IAD film school (institut des arts de diffusion), in Louvain-la-Neuve in Belgium. Her graduation short film FOR YOU I WILL FIGHT (2010) was awarded the silver Leopard at the Locarno film festival. WHITE TURNIPS MAKE IT HARD TO SLEEP (2011) is the second part of a trilogy of films of which her internationally acclaimed graduation film was the start. With the help of Chevaldeuxtrois in France Rachel directed BADEN BADEN (2016) that will mark the end of the trilogy. This debut feature starts his international career in Berlinale 2016 (Forum) and was shown in more 50 International film Festival across the globe. Rachel prepares the shooting of MON LÉGIONNAIRE her second feature.