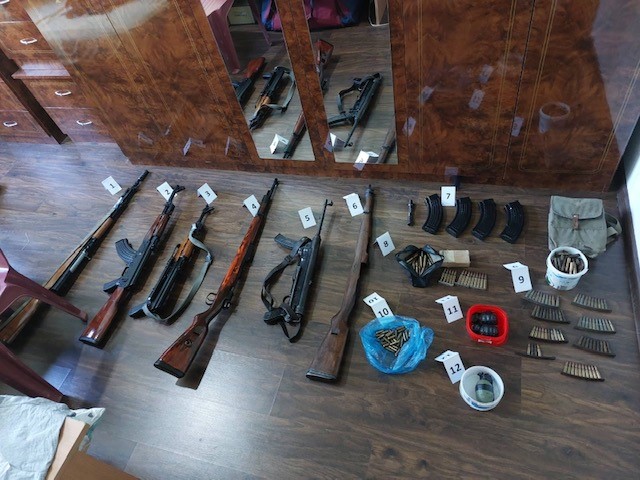 Continuing the work on documenting the crimes for which the arrested persons are suspected in the operation codenamed “Rez”, based on the Order of the Court of Bosnia and Herzegovina, and under the supervision of the Prosecutor’s Office of Bosnia and Herzegovina, a search was carried out yesterday of the house and accompanying premises owned by the person with the initials R.S. in Sulje Jahica Street, Novi Grad Sarajevo municipality.

On that occasion, the following were found and temporarily confiscated: an automatic rifle with a folding stock, several different weapon parts, 572 pieces of rifle and pistol bullets of different calibers, four body armor cartridges, a pistol frame and a hand grenade.

On the order of the acting prosecutor of the Prosecutor’s Office of Bosnia and Herzegovina, on the same day at 6:20 p.m., R.S., born in 1957 in the town of Rasno, living in Sarajevo, was deprived of his liberty, due to the existence of grounds for suspicion that he committed a criminal offense – illegal possession of weapons or explosive materials.

The suspect was handed over to the premises for the detention of persons deprived of liberty of the Ministry of Internal Affairs (MIA) of Sarajevo Canton. Police officers are continuing the criminal investigation of the aforementioned person, it was announced from the MIA of Sarajevo Canton.

Earthquake hits Central Part of Bosnia and Herzegovina
Next Article 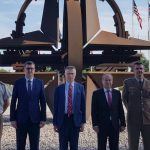