The Second Austrian ball was held in the Sarajevo City Hall last evening. With this unique event, Sarajevo has become one of the 40 cities in the world in which this event took place.

Ambassador of Austria to Bosnia and Herzegovina Martin Pammer said at the opening ceremony that the main cause is the friendly relationship between the two states and their major cities of Sarajevo and Vienna.

Ambassador Pammer welcomed many officials, diplomats, ministers, and officials of the Canton and the City of Sarajevo as well as Vienna’s councilors, guests from BiH and other countries.

The Second Austrian ball began with the intonation of the anthem of BiH and Austria. The introductory part was crowded with participants, dance pairs and members of folklore.

The aim of the organization of this event, noted Pammer, is building a culture of dance, the involvement of all segments of society and the attempt for this event to become a tradition and an attraction for the citizens of Sarajevo, as well as the intention “to show to the whole world that Sarajevo has its own ball as well”.

The City Hall was a meeting point of culture, economics, politics and humanitarian institutions of two countries and friends, stated Pammer.

The special attention during the ball was put on music composed by famous composers Frederic Chopin, Franz Lehar and Johann Strauss, which was performed by members of the Vienna Opera Ballet Orchestra.

In one of the most beautiful buildings in Sarajevo, women in long white gowns and men in black smoking were dancing waltz in the main dance room, while visitors had the opportunity to dance other dances in five different dance rooms.

Senad and Sadeta Gljiva, parents of children who are professional waltz dancers, praised the organization of the ball, explaining that they do not have words to describe their happiness. They both pointed out that it is significant to remember that BiH has important historical ties with Austria, the fact that contributes to better friendship ties in future.

“If I say that this ball is good, those words are not enough to describe the beauty of this cultural event. Two countries should organize more events like this,” Senad Gljiva told Sarajevo Times.

The Austrian Embassy in Sarajevo, the City of Sarajevo and the City of Vienna, together with their partners and sponsors, organized the Second Austrian Ball in BiH. 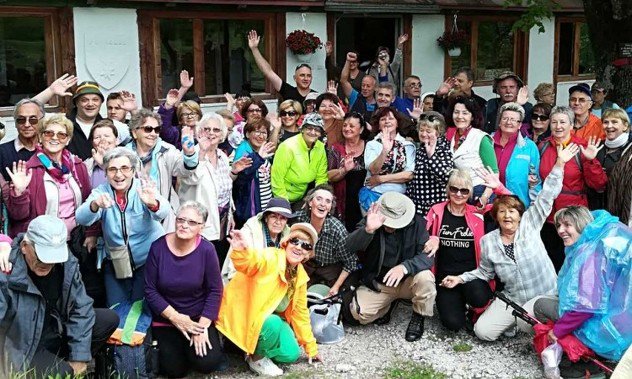