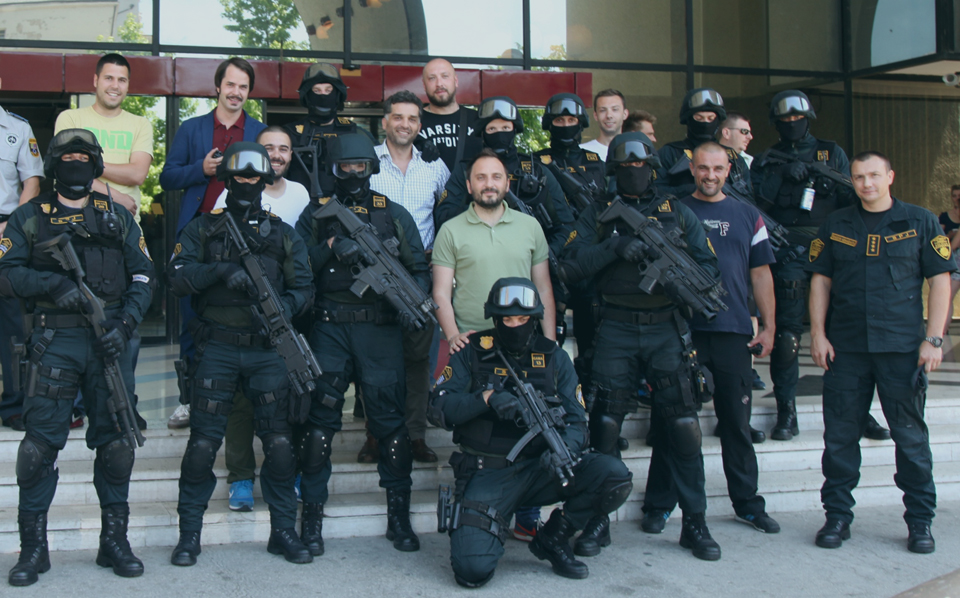 Members of the Special Police Unit of the Federal Police Unit are a part of the new movie of BH Oscar winner, Danis Tanovic “Looking for Europe“, that is being filmed in Sarajevo.

Scenes in which are members of the FPU are filmed in the Sarajevo hotel Holiday.

Story of the movie is partly based on the dramatic text of Bernard Henry Levy “Hotel Europe. The cast of the film is led by a veteran of the French theater Jacques Weber, and the film production is signed by Margo Cinema from Paris and SCCA/ pro.ba from Sarajevo.