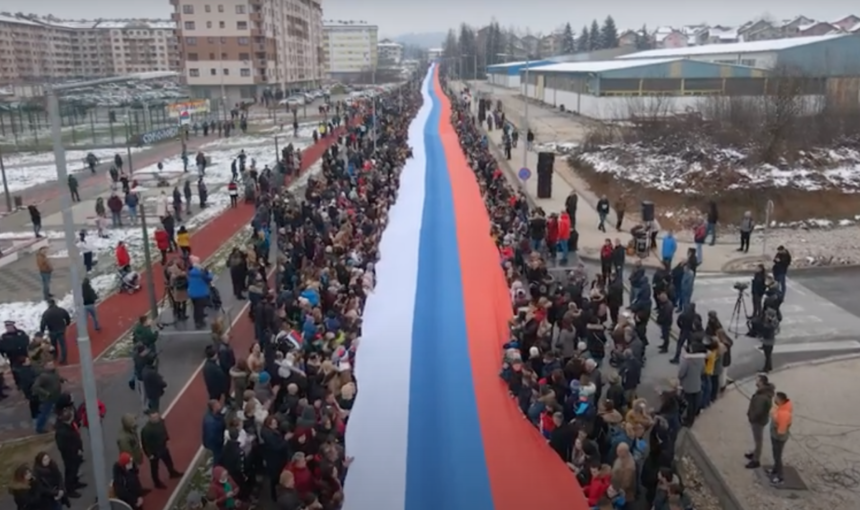 As part of the commemoration of January 9, the unconstitutional day of the Republika Srpska (RS) entity, the participants unfurled the RS flag, 527 meters long and 4.6 meters wide. This reminded many of the fact that January 9th started, which is war and suffering.

2,500 members of the Ministry of Interior participated in the ceremonial parade that was held today, and the flag of the RS over 500 meters long was unfurled along the entire street.

What was celebrated today by the top of the RS in Lukavica, from 1992 to 1995, caused suffering and thousands of deaths. In Sarajevo alone, over 11,000 people were under the siege for 1,425 days. And precisely because of the memory of those victims, 11,541 red chairs were lined up in their honor in 2012.

We remind you that the Constitutional Court ruled on two occasions that celebrating January 9 as the Day of the RS is unconstitutional because that date does not symbolize common memory.

The authorities in the RS have once again rejected the decisions of the BiH institutions and the calls of the High Representative Christian Schmidt and certain Western embassies to return to the constitutional framework, Klix.ba reports.

HR Schmidt: Marking the “RS Day” may have Consequences
Next Article