When they saw that their factory is sinking in losses a few years ago, trade unionists, lab technicians, and technologists decided to take things into their own hands: they kicked out the administration and started the fight whose outcome was highly uncertain until the end of April three years ago. Then, BH company “Bingo” offered to buy “Dita” for 7.7 million BAM. The path to this option was long and sometimes seemed meaningless.

By celebrating the unique victory in the fight for the survival of the factory, its operation and preservation of workplaces, this year, after who knows how many years, workers of the factory of detergents “Dita” from Tuzla will welcome the Labor Day as a holiday in the true sense of that word.

“My biggest satisfaction on Labor Day is solving the issue of workers of ‘Dita’. This holiday is not just symbolic for us, but we can continue to work, which is the most important. It is the best news,” said Dzevad Mehmedovic, the President of the Union in “Dita”.

The workers of this once famous factory that used to feed hundreds of families from Tuzla achieved the first true victory two years ago, when, after months of protests, they entered the factory, cleaned its interior, washed and lubricated all the machines and started production with the rest of the material, whose quality they previously examined.

Their resistance paid off. They managed the bankruptcy process to be announced for “Dita”, which gave workers much-needed hope. They started with the production again, and when they used almost all stocks, “Bingo” gave them the money to buy new raw material, which they returned through the sale of liquid detergents. Moreover, this retail chain, with other shops, provided the best and the most visible places of display for “Dita’s” famous products for dishwashing and cleaning “3-DE”, “Blic glass “, “Blic Grill”, “Craft WC gel”, and somewhat later “Arix Tenzo”.

A real avalanche of messages of economic patriotism was coming from all sides, while consumers mostly supported “Dita”.

However, workers were well aware of the fact that they will not be able to do this for a long time. They needed a buyer, and they hoped that their company will be bought by someone who will not leave workers out on the street.

The value of “Dita” was estimated at about 19 million BAM, and the price dropped to 13 million BAM. No one was interested in buying it for some time.

After that, a letter of intent for the purchase of the factory and property came from “Bingo”, and the factory was bought for 7,7 million BAM.

In accordance with their agreement, all workplaces should be retained, debts for binding of work experience should be covered for those workers who have worked to the date of the beginning of bankruptcy as well. 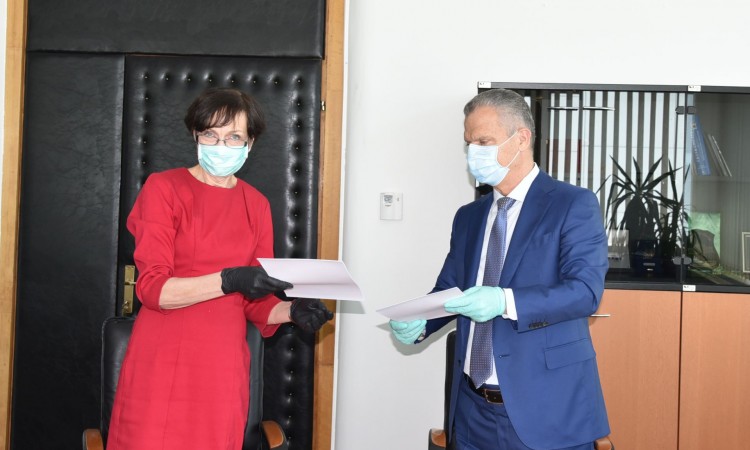