Varhelyi also attended the signing ceremony of the Memorandum of Understanding between the Ministry of Security of Bosnia and Herzegovina and the International Organization for Migration (IOM), which was signed by Selmo Cikotić and the Chief of the IOM Mission in BiH, Laura Lungarotti.

The memorandum refers to the intensification of voluntary and involuntary returns, with financial support from the European Commission for half a million euros.

During the signing ceremony, Varhelyi emphasized the EU’s commitment to supporting Bosnia and Herzegovina in solving the increase in irregular migration flows in the Western Balkans region.

“With the increasing pressure of illegal migration in the Western Balkans, the European Union is doubling its efforts at the political and operational level to stop illegal migration through the suppression of smuggling, the fight against organized crime networks and the strengthening of border protection. The goal is to return those who do not have the right to stay because our doors are not open to illegal entry,” said Varhelyi.

He stated that the EU provides a new package for border protection, as a critical area with increased engagement, worth 40 million euros for the Western Balkans. From this package, 6.4 million euros of support is provided for BiH in 2022.

BiH Minister of Security Selmo Cikotić said that the European Union, since the opening of the migrant route through the territory of our country, has been a key partner and that it has provided the greatest financial support to the institutions of BiH in managing migration.

“On the other hand, by improving the migration management process, the institutions of Bosnia and Herzegovina contributed to the suppression of illegal migration and increased security throughout Europe. The BiH Ministry of Security, together with its partners, is dedicated to strengthening the capacity of the BiH Border Police and the Service for Foreigners’ Affairs so that they can adequately fight against illegal migration, especially the protection and control of BiH borders and the return of illegal migrants to their countries of origin. Along with all other measures taken at the local and regional level, we hope that this will maintain the current favorable migrant situation in Bosnia and Herzegovina,” emphasized Cikotić.

After signing the agreement, the Chief of the IOM Mission in BiH, Laura Lungarotti, said that the organization “once again confirms its commitment to support BiH in intensifying comprehensive return management in line with the newly launched policy for return, readmission and reintegration”.

“Bosnia and Herzegovina leads among the countries of the region in terms of efficiency in the management of return for those persons who do not exercise the right to international protection and cannot exercise legal residence in Bosnia and Herzegovina. Since 2018, the IOM has assisted the voluntary return of more than 1,300 people to their countries of origin, and through this agreement, we will strengthen engagement in dialogue with the countries of origin to help migrants in their integration upon return by international standards,” said Lungarotti, Fena news agency reports. 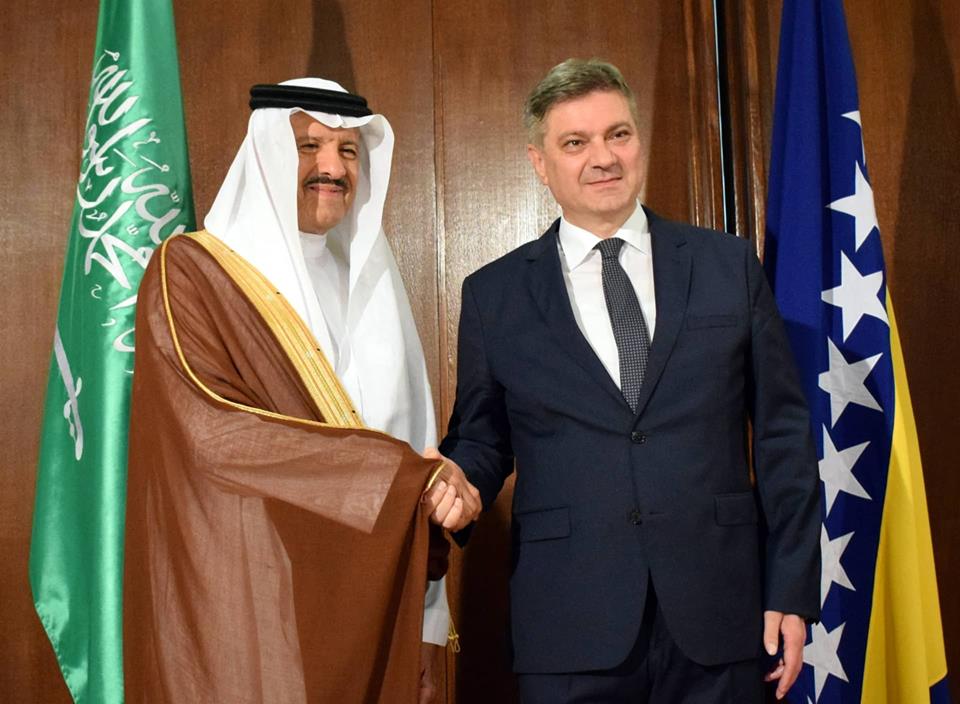