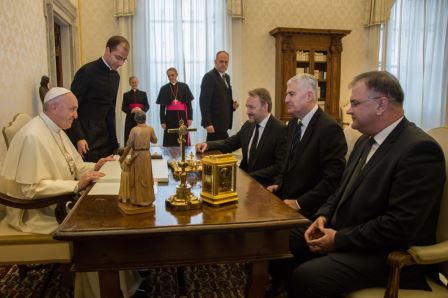 “During the last 25 turbulent years, the Popes strongly supported the survival of a unique, multi-ethnic BiH, together with the process of reconciliation, as well as the path of BiH towards membership in the EU, so this meeting was also in that regard. The Pope especially insisted that we need to do more in order to keep young people in BiH and to preserve identity of young people in all ethnic groups,” stated Izetbegovic.

The member of the Presidency of BiH stated that they had a long meeting with Cardinal Pietro Parolin, the Secretary of State of the Holy See, which lasted for an hour and a half.

“We went through the whole, complex political situation in BiH. We exchanged our opinions, and Cardinal Parolina was especially interested in current problems. We focused on the Election Law of BiH and relations among the peoples, as well as the problem of domination in some parts of BiH. The situation and organization of BiH is quite complex. I think that all three of us told one synchronized story, which helped in making a clear picture. Therefore, I believe that the Vatican has a clear representation of ethnic and civic relations in our country. Moreover, we explained that the decisions of the Constitutional Court of BiH and the Court in Strasbourg are binding,” said Izetbegovic, and added:

Izetbegovic stated that he believes that the meeting in Vatican was very successful and that, together with the arrival of EU officials next week in Sarajevo, it sends a much better and more optimistic picture of BiH. 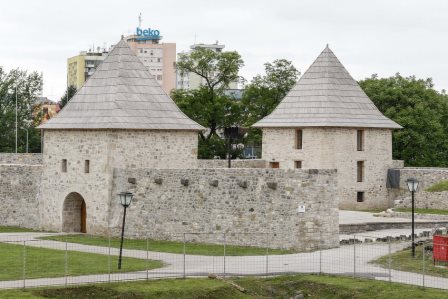