The Canton Sarajevo (CS) Government does not have the money to co-finance heating costs this winter, but it has launched various initiatives for which it has money.

Undoubtedly, Trojka initiated and included several good initiatives in the legislative solutions in CS. One of them is certainly compensation for all new mothers in the amount of 1.000 BAM during 12 months. It supports the birth rate policy and encourages young people to expand their families. Children’s stays in kindergartens are also subsidized.

But hasn’t the cantonal budget been cut down too much by initiatives that want to make something more out of the canton? CS is only one of the cantons in the entity Federation of Bosnia and Herzegovina (FBiH), and despite the attempt to mimic higher levels of government, it will always remain exactly that, a lower-level administrative unit.

As an example, the Assembly of CS adopted at the end of April this year the Law on special programs of the CS for the memorialization of the genocide, support for the return and development of Srebrenica, assistance to the victims and families of the victims of the genocide against the Bosniaks of the United Nations (UN) protected zone “Srebrenica”, on the proposal of the SDP causus representative.

In July, the representatives also presented an initiative concerning access to health, veterans’ and disability and social protection for persons who returned from the CS to the Republika Srpska (RS) entity.

Financial support is also given for projects of non-governmental organizations throughout Bosnia and Herzegovina (BiH), which is justified by the fact that Sarajevo is the administrative center of BiH.

The issue of subsidizing heating for citizens in Sarajevo

The budget of CS for 2022 is 1.2 billion BAM and is very close to the amount of this year’s state budget in which, for example, an increase in the salaries of officials and the holding of the General Elections in BiH are envisaged.

The cantonal prime minister said that the budget cannot handle subsidizing gas prices because of all the obligations that the cantonal government had previously assumed by law.

“According to everything I know, there is no room in the budget for CS for a gas subsidy to the extent that citizens would feel it. Especially considering that gas has doubled in price since last year and has risen by over 30 percent since the spring. These are tens and tens of millions BAM that currently do not exist in the budget,” stated Forto.

He called subsidizing gas from last year “different times”. The line minister in the CS Government was asked if the figure of tens of millions BAM is correct.

In the CS, 39.000 people receive the minimum pension, 2.500 are beneficiaries of social protection and 1.500 are from the veteran population who, by special invitation, exercise the right to subsidies for increasing energy costs. It is planned that they will receive 100 BAM subsidies, 50 BAM for November and 50 BAM for December.

Whether it’s 10, 20 or 30 million, couldn’t the Government of CS, when it is capable enough to deal more widely with issues dealt with by higher levels of government, separate only a small part from the budget, and make the winter easier for its own citizens? Isn’t the point of the cantonal government to deal with its own citizens, and only if there is a possibility for such a thing, to help citizens who reside in other administrative units?

Maybe the citizens of Sarajevo are just paying for the political ambitions of the politicians who make up the government in the canton, because the budget is no longer even social, as much as it is a product of populism, Klix.ba reports. 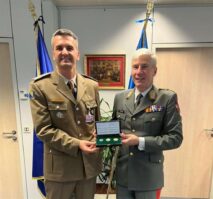