On the 7th of March 2018 around 50 women from public life, academia, sports, politics, culture, science, technology and business will participate in #WikiGap BiH, an event aimed to create more articles and provide more information about women from BiH on Wikipedia, in order to bring about a more gender-equal internet.

Margot Wallström, Sweden Minister of Foreign Affairs: “Throughout the world, women are neglected in terms of resources, representation and rights. This is the simple reason why we are pursuing a feminist foreign policy – with full force, around the world.” On International Women’s Day, the Ministry for Foreign Affairs and some 50 embassies are hosting edit-a-thons to increase the number of articles about women.

“There are so many great BiH women from Bosnia and Herzegovina who have contributed in important ways to this society and to the world, and we will not let them be forgotten in this digital age and time. This is a testament to their endeavors, and a call for women to create (hi)stories/herstories about themselves,”, said SOC Executive Director, Emina Bošnjak.

Wikipedia is the world’s largest online and user-generated encyclopedia whose content has the potential to color our view of the world. However, ninety per cent of those who add content are men and there are more than four times as many articles about men as there are about women. Though the figures vary regionally, it is clear that the information about women is less extensive than the information about men. We want to change this!

This edit-a-thon is being organized by Sarajevo Open Centre, with support of the Embassy of Sweden in Bosnia and Herzegovina, in connection with the International Women’s Day 8 of March. The Ambassador of Sweden will open the #WikiGapBiH edit-a-thon event.

This is a launching event of an ongoing campaign of creating Wikipedia content related to women and by women, trying to close the online representation gap.

The #WikiGapBiH edit-a-thon is organized as a part of the #WikiGap initiative of the Swedish Ministry for Foreign Affairs and Wikimedia and carried out in more than 40 countries in the world. 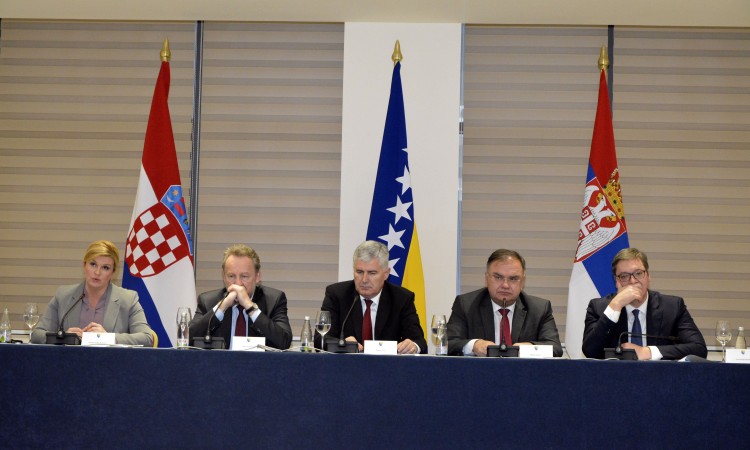 Presidents of BiH, Croatia and Serbia meet for more economic cooperation, EU accession
Next Article What is the Height of Snow on Bjelasnica Mountain?
Leave a comment Leave a comment