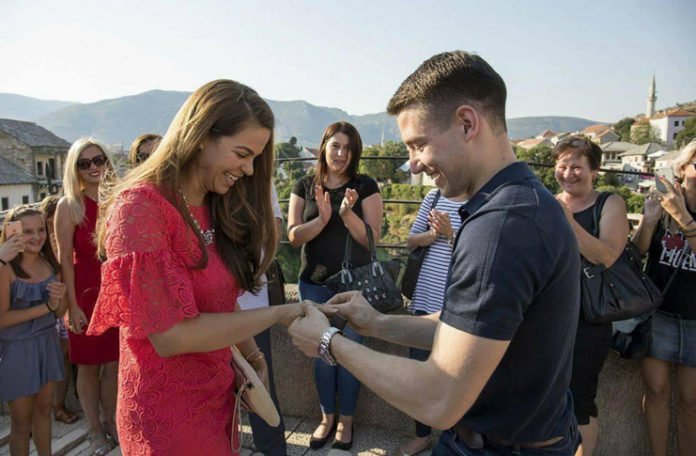 A few days ago, the Old Bridge and all the people who were there at that moment witnessed an emotional and beautiful event.

Young Lea Maric (1994) arrived in Mostar from Washington with her mother to celebrate her 23rd birthday with her relatives.

Lea’s boyfriend Vuk Kesic (1993), who also lives in Washington, in agreement with Lea’s mother, also arrived in Mostar with the aim to propose her.

She was thrilled to see him, and he reacted quickly. He kneeled in front of Lea, offered a ring, and kindly proposed her, with firm determination to be faithful to her.

“I am delighted and full of emotions, and I am so happy that everything happened on the Old Bridge, a magnificent building that represents a real piece of art of the builder. I respect the tradition. Vuk called my grandfather Danilo Maric who is known as a prolific writer, my grandmother, and other family members to get their blessings. All of this seems like a beautiful dream and I will remember this day my whole life,” said Lea Maric.

Vuk Kesic was not hiding his emotions and he realized his dream that everything happens in Mostar on the Old Bridge.

“The old bridge is a symbol of skills, craftsmanship, elegance, simplicity and all the qualities that I want to be part of our future life together. This bridge is a place of unification of peoples, religions, languages and all other irrelevant differences and divisions. I am especially glad that the image of the demolished bridge stopped existing in me because now it has a new meaning for me – love,” said Vuk. 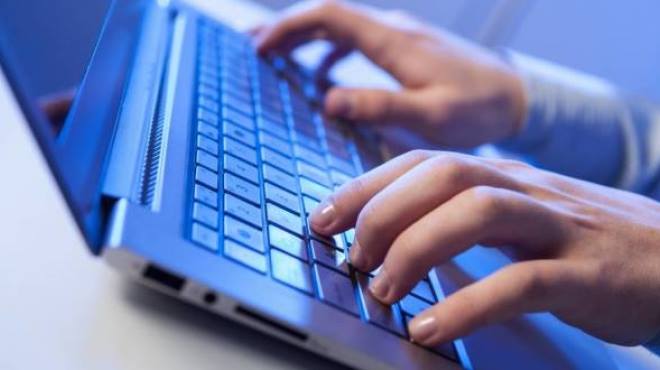 How much Money BiH earned from Online Orders of BH Citizens?
Next Article 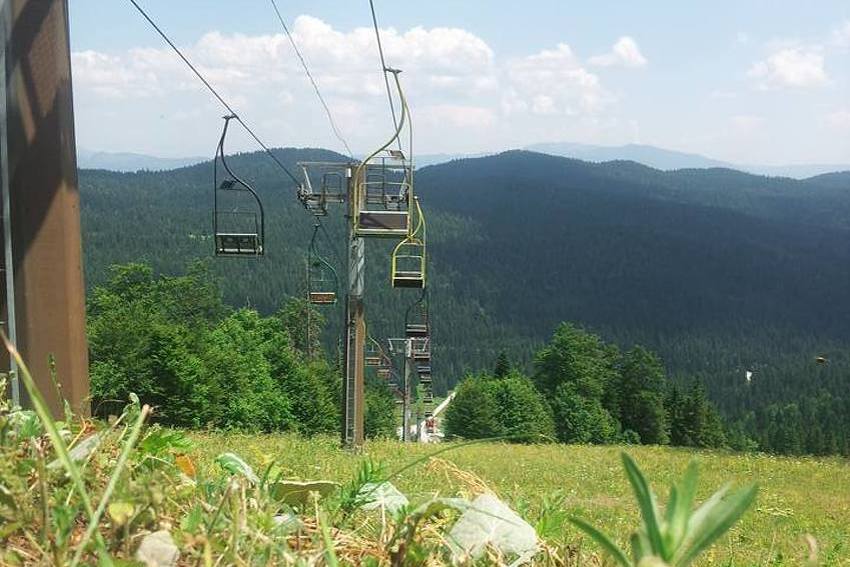