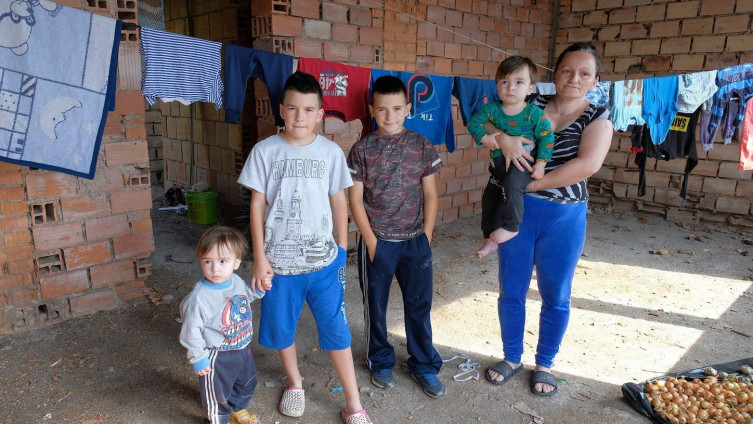 Brothers Hajrudin, Zahrudin, Naser and Smajo Jamakovic would like to have a carefree childhood like other children. Instead of worrying only about schoolwork and playing with their peers, 10- and nine-year-olds fear whether they and their 19-month-old brothers will have something to eat and place to sleep, Avaz news portal reports.

The humanitarian association “Pomozi.ba” launched an appeal for them and opened the telephone number 17012 through which users of all telephone operators in Bosnia and Herzegovina can donate 2 BAM. The Jamakovic family lives in the settlement of Olovska Luka in a house that has never been completely renovated since the war.

Six of them live on the ground floor of the house, in two rooms full of moisture, while the upper floor is still in a dilapidated condition.

The mother takes care of her four sons, the father occasionally works when he has a job.

”We do not have any permanent income. The husband works occasionally, but now that the coronavirus has taken over, they hardly call him for a job. One day he works, 10 doesn’t work. It’s terribly difficult,” says Nermina.

He adds that their neighbors used to help them by giving them food and other necessities, but that they are no longer able to help either.

”My worst worry is because of the children. Other children associate poorly with them. They look at them differently. As soon as a child has more, he immediately avoids them. They have nothing that other children have. They don’t even have books, toys, bicycles … Although they are endangered, the sons who go to school are very good students, they like to study and go to school. My only wish is that they grow up like other children and be healthy,” says Nermina.