Evliya Çelebi, a travel writer, or, how he named himself Evliya Muhamed Zilli, was the son of Derviš, born in Istanbul on 25 March 1611 and died in 1979. In a period of 40 years (1631.-1670.), he went on many grand voyages throughout the Ottoman Empire, and he took part in battles and wars under the Sultans Ibrahim and Muhamed IV.

The famous Çelebi, as he wrote down, visited Sarajevo in 1660 on his voyage from Oradea (Romania) towards Bosnia. From Oradea towards Bosnia, he started his journey accompanied by Kosa Ali-paša, who was ranked as supreme serdar of Ottomans when they went into war against the Vardars. They were followed by 3 000 soldiers, heavy loads and 700 rounds of treasure. They continued over Belgrade and the village Zavije, then over Valjevo and in the end they reached Srebrenica, of whose citizens Çelebi said are friendly towards foreigners.

From that place, he continued over two inns and Glasinca towards “Šeher and city of Sarajevo”. Namely, Çelebi says that on the place Tsar’s Mosque is currently located, the grand castle (saraj) was built. Later on, Sarajevo got the name from that castle (Saray-ovasi, which means the field in front of the castle). “On the other side, there is a big river named Bosna, and the name of the river was combined with the name of the town, so it is also called Bosna-Saraj.”

In Sarajevo, besides dizdar, there was also mufti, the representatives of sheriffs and Porte notables, archivists from provinces, alajbeg, juzbaša, Shari’ah law judge, customs commissioner, buildings supervisor, subaša from the city, etc.

In the eyes of Çelebi, Sarajevo is a beautiful small city (he counted that the area of Sarajevo is 400 steps), made of stones on the high hill which looks like a white grain of pearl. In the north there is a hendek (moat with water inside which is situated around the defense walls), and in the south there is an ”abyss as hell, 2 minarets deep”.

From one side, the fortress is devastated, but from that side there was no chance for Sarajevo to be damaged. However, the other parts of the fortress, streets towards Mokro and Degirmenlije (the part of Vratnik through which Moščanica river and mills were situated), was in very bad condition and could be destroyed by cannon.

The city was guarded by the commander or dizdar, and inside the fortress the imam lived, as well as two mujezin, military musicians (mehteri), grain warehouses and several military houses. On the gentle hills and on both sides of the river Miljacka, there were 17 000 “lovely houses” made in sequence, containing a ground floor and one floor. They were covered with tiles (roofing tiles made of clay, baked in molds), with rare coverings shingles (from chopped fir or oak boards), and every house had “living water”.

There were also 3 saraj, where the travelers could sleep for free: Isa bey’s saraj (where today Kolobara Han is situated), Husrev bey’s (near bezistan), that is the stone Tašlihan which was devastated in 1879 and Skender pasha’s (where today Skenderija is situated). Moreover 23 more hans were operating at that time.

At that time it was noted that over there were over 100 mosques in Sarajevo (even though Çelebi says that there were 177 mosques, the notes in the book says that at that time 104 mosques could be built together with masjeeds). One of the most beautiful mosques for Çelebi was Ferhad Bey’s mosque, which was covered by lead, and the “most alive” was Gazi Husrev Bey’s Mosque. It was an ancient place of worship with stone minarets, writes the travel writer, whose vakifs were so rich that one of them, during a severe winter in Sarajevo, ‘ordered’ the džemat be heated in kettles, ‘as big as imarets, and through all of the water taps there was hot water like the heavenly spring Selsebil”.

The churches were small, without bells: Serbian and Latin Christian churches were in good condition. “Europeans, French and Greek ones were also doing rituals in these churches and there was also one Jewish synagogue”.

Çelebi writes that there were more than one hundred primary schools, and the vakif would also reward the diligent children. There were also more than 110 fountains in the city from which healthy waters were continuously flowing. He was also told that there are 1.060 wellsprings, and he notes that the water which comes from the well Crnil (Zmajevac) is “the water of life”. There were 700 wells and 176 mills- one for grinding 50 kilograms of flour. In addition, there were 5 public toilets. Every house had an oven, and there were also 670 bathrooms situated in the ‘mansions’.

In Čaršija there were 1080 stores, which were named “paragons of beauty”. The main streets were clean and goods made from silk and beautiful cloth from India, Arabia, Persia, Poland, and Czech Republic could be bought. 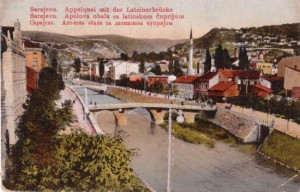 On Miljacka river there were 7 bridges-3 made from stones and 4 made from wood. The most prominent one was the Careva ćuprija (Empereor’s Bridge, which is situated at the same place today), which is a low, but 250 steps long bridge. That bridge was devastated in 1896, and before the devastation, Isa Bey built his bridge on the same place. Nearby, there were also the Latin bridge made of stone (built by Ajni bey) and the third bridge was near Vijecnica, called Hadži Husein, who was a Sarajevo mayor or šeher-ćehaja, so the citizens named the bridge Šeherćehaja’s bridge. There is a legend that at Alifakovac cemetery there is a grave of the bridge’s builder and that there is no inscription on the grave (from the book Vodovodi i gradnje na vodi, Hamdija Kreševljaković)

Moreover, Çelebi wrote how there are numerous cities in the world named Saraj. “But this stone, Bosnian, Šeher-Sarajevo is the most advanced, most beautiful and most alive”. 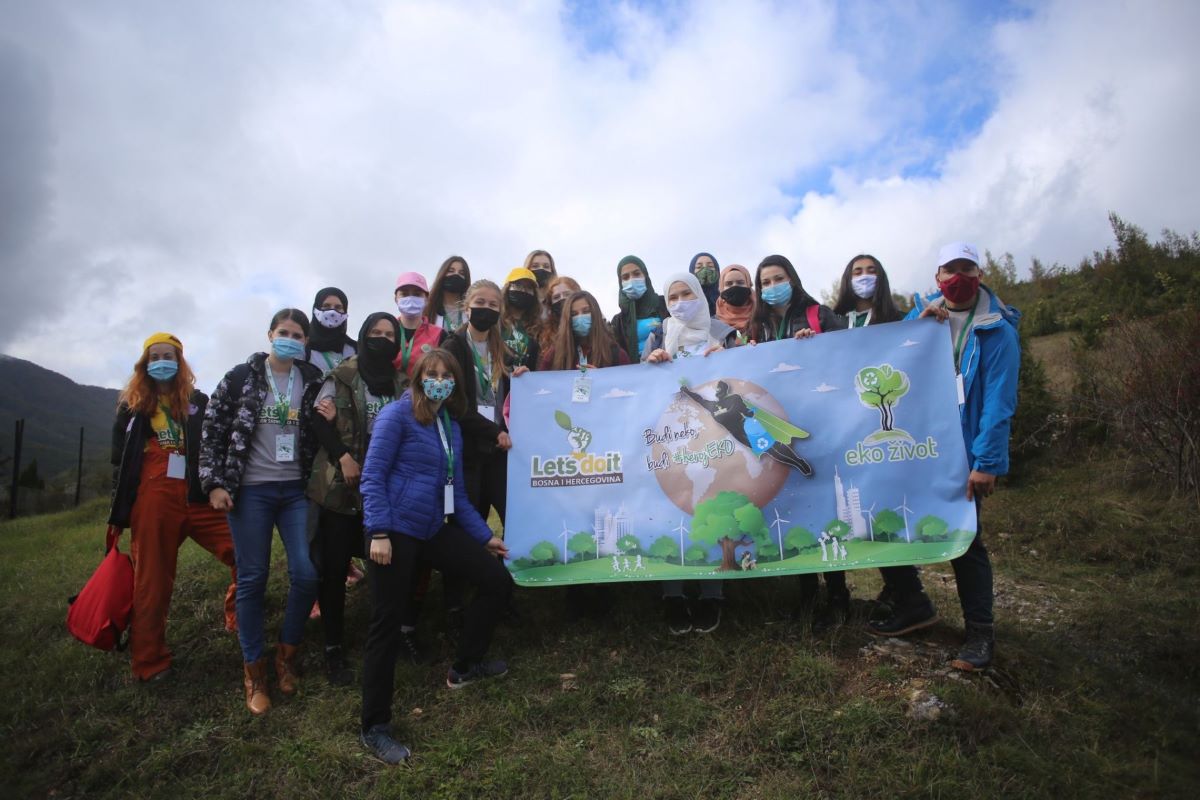