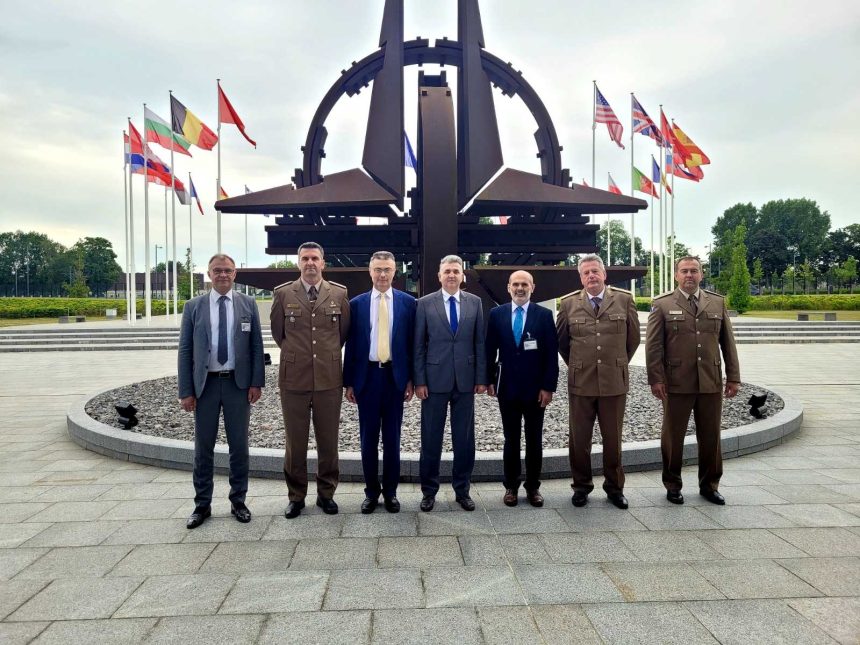 A meeting between the NATO Political and Security Committee and the delegation of Bosnia and Herzegovina (BiH) was held yesterday, June 21st, 2022, at the NATO headquarters in Brussels. The meeting discussed strengthening cooperation between BiH and NATO, especially in the political, security, and defense fields.

After the recent statements of the NATO Secretary–General that the Western Balkans and BiH, as part of that area, are in the focus of NATO and the announcement of the initiative to strengthen cooperation between BiH and NATO, the procedure for drafting a BiH support package was launched.

This support package includes assistance in the political context – through the intensification of various instruments of cooperation, security – through capacity building for cyber defense and assistance to civilians in case of natural disasters, and defense – through support for defense capacity building of the BiH Armed Forces (AF BiH), with the aim of achieving a greater degree of operability and resilience.

During yesterday‘s meeting, all members of the NATO Political and Security Committee provided full support for the package. The official adoption of the mentioned package is expected in the next few days, after which an implementation plan will be prepared. This is another indicator that NATO is present in BiH and that BiH is still a significant and reliable partner of NATO.