Bosnian swimmer Lana Pudar also won her second final in her debut at the World Championships in Budapest. After the 100 meter dolphin, Pudar will be in the final race and in the 200 meter dolphin discipline because she achieved a spectacular fourth time out of all the competitors in the semifinals.

Lana Pudar continues to delight all fans in Bosnia and Herzegovina. After finishing eighth in the world in the 100 meters dolphin competition, the young woman from Mostar managed to reach the finals in the 200 meters dolphin discipline thanks to her excellent performance in the semifinals.

Pudar recorded a time of 2.07.58 yesterday night, which was enough for a phenomenal second place in her race. She competed in the first semifinal race, and in total she had the fourth time of all competitors in both semifinals.

As we are used to, Pudar was the youngest participant in the first semifinal race. The closest to her age was the Australian Elizabeth Dekkers, who is two years older than our representative.

The finals of the 200 meter dolphin competition are scheduled for today at 18:02, Klix.ba writes.

Giro di Sarajevo returns to the Streets of the BiH Capital

Covic: Schmidt to change the BiH Election Law, otherwise the Political Crisis will escalate
Next Article 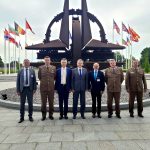 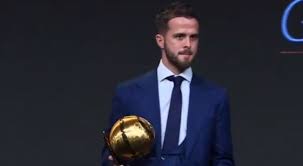