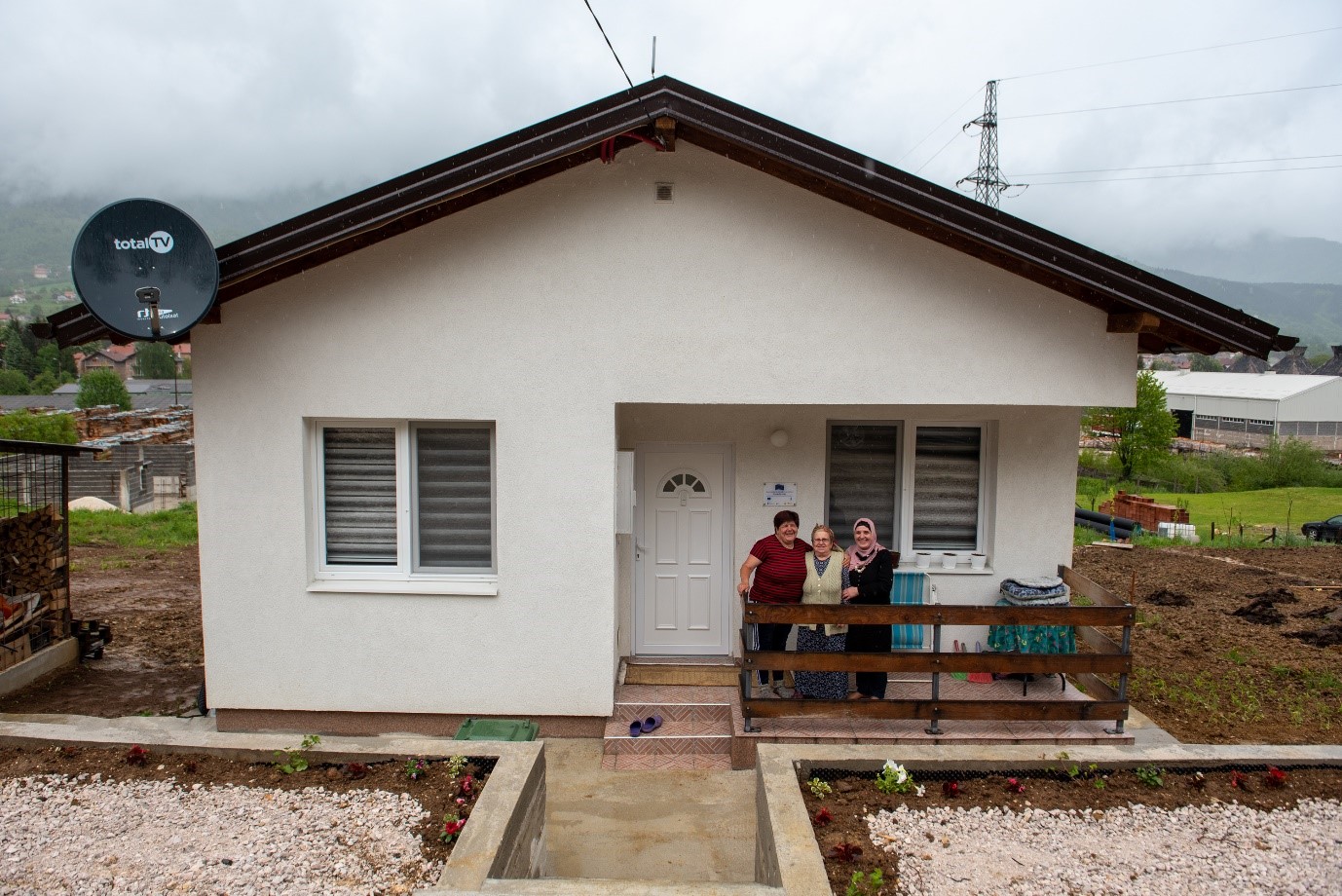 A planted garden full of various vegetables restores the sense of closeness to life in the countryside, which was interrupted due to the 2014 natural disaster.

On the terrace in front of the new house in the Travnik settlement of Turbe, 77-year-old Tidža Skrobo welcomes guests with her arms open.

After the catastrophic floods and landslides in May 2014, Tidža’s home in the village of Skrobe is no longer safe for life, after several meters of soil collapsed right next to its foundations, causing an abyss.

Due to her impaired hearing, Tidža did not even hear the sliding of a huge part of the ground, and she remembers how grateful she was for that seven years ago.

“Our Nana didn’t feel a thing. She got up, did the morning prayer, when the bell rang. They ask me if I saw it. When I went out – it’s better that I didn’t”, recalls Tidža and adds that on the same day she moved to a neighbour’s home in an empty house, and afterwards, to a rented apartment in Travnik the next winter.

“The apartment felt like being in a box. Like I was in prison, I could only see a little bit through the window.”

The new house in Turbe, where she has been living with her two daughters and a granddaughter for a year, is one of 423 new residential homes built as part of the Flood Recovery Programme funded by the European Union with 15 million euro in cooperation with the Government of the Federation of Bosnia and Herzegovina, Republika Srpska and local authorities. The programme was implemented by UNDP in BiH together with the International Organization for Migration (IOM), Arbeiter-Samariter-Bund (ASB), Hilfswerk International (HWI) and partner municipalities and cities.

“Here I can come out on my balcony, spend some time around the house, do some digging, planting. Whoever was running away from the countryside made a mistake. The real life is in the countryside”, she says and adds that for her, in the city, “there is no use of asphalt”.

Garden under the window

Through the window of the new house in the settlement of Turbe, she looks at the garden where she planted corn, pumpkin, potatoes, peppers, tomatoes and other vegetables. The family eats healthily, just as she is used to. Her daughters are also pleased.

“To just think of all those years of waiting … She was in a house down there, paying rent. Thank God, she lived long enough to find peace here”, says 48-year-old daughter Edina Skrobo. “I would just like my mom to spend the rest of her life in peace.”

When heavy rains in Bosnia and Herzegovina caused the worst natural disaster in 120 years in May 2014, rivers overflowed and triggered landslides. Many settlements in the slopes, due to the accumulation of large amounts of rain, its downpour and the influx of groundwater, ended up being destroyed to the point of unusability. Due to unprecedented natural disasters, about 90,000 people left their homes, and one million were affected.

This natural disaster had worsened the already difficult living conditions of the most endangered population, and the economic damage in BiH was estimated at around four billion BAM. Thanks to the EU’s Flood Recovery Programme, the quality of life for more than 610,000 in floods and landslides affected communities has improved over the past seven years through reconstruction of housing units, public buildings and local infrastructure.

Beneficiaries involved in the activities of the Programme were selected through a public call, and assistance was primarily given to socially and economically vulnerable groups, including the elderly, low-income households, persons with disabilities and others. In the last four years alone, the Programme provided permanent solutions to almost 3,000 in 45 municipalities and cities in Bosnia and Herzegovina, and 213 households have received additional support in the field of economic empowerment, which will provide them with regular and sustainable income in the future.

Old memories in a new home

Originally from Nevesinje, Tidža moved to Skrobe after she got married more than fifty years ago. With her husband, who died in 2007, she raised three daughters and a son, but her son and his wife got killed during the 1995 war.

Surrounded by photographs of the whole family, Tidža still remembers all the details and carefully reconstructs important events from the past.

The house in the Turbe settlement is their new home, but there is still a lot of work to be done around the house. A drainage system was recently built to divert excess water, which the area abounds in.

In the meantime, Tidža has dedicated herself to crops, and sometimes she watches TV series, which, as she says, unlike the news, “will not give me a headache”.

“I was put through a mill; been through thick and thin”, says Tidža. “But thank God I have the strength, and am still in good mind and health.”

Flood Recovery – Housing Interventions Programme provides support for self-sustainable recovery through rehabilitation and construction of housing units and the economic empowerment of socially and economically vulnerable whose homes were damaged or destroyed in the 2014 floods and landslides. The Programme, valued at 15 million euro, is funded by the European Union with 12.5 million euro in co-operation with the Government of the Federation of BiH, the Government of Republika Srpska, partner municipalities and cities and UNDP in BiH.

Malaysia donates 50,000 Doses of Vaccines to BiH
Next Article 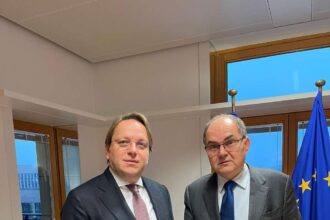