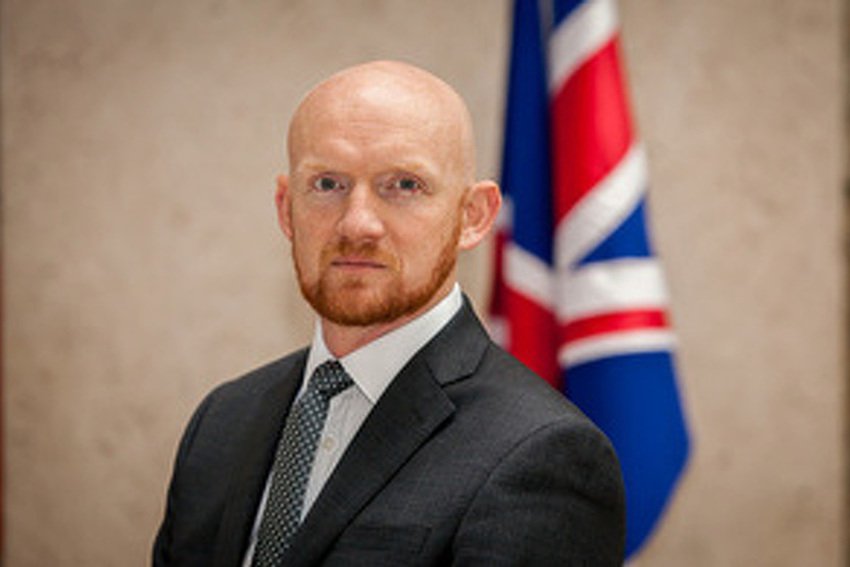 Just a few weeks ago, the front pages of many BiH newspapers, online portals, and TV were dominated by stories of women (and some men) speaking up against violence and abuse. Their bravery spread and forwards across the region, linking calls to action like #NisamTrazila and #NisiSama with the #MeToo movement around the world. The stories shared were shocking, but perhaps not surprising to at least half the population, a of men (almost always) using positions of power to harm and exploit women (again, almost always), British Ambassador to Bosnia and Herzegovina Matt Field writes in his blog.

And yet here we are today, with hardly a word on the subject being heard. Why? Because the problem has been tackled so effectively, that women no longer need to worry for their safety, at home, at work and in the street? If only. The sad fact is that attentions wander, and what yesterday seemed urgent and impossible to ignore today seems hard to recall. And I have to confront the fact that I too am a part of that problem, letting the immediate rise up to obscure what’s really important.

Violence against women and girls is a global scourge, and it has not gone away. Here in BiH, the #NisamTrazila movement led to an outpouring of personal experiences, and painful first-hand accounts. The BiH Gender Equality Agency assesses that one of every two women here has experienced violence in their adult lives, though the reality may be even higher given the frequent reluctance to report.

The pandemic only made matters worse, as many women were locked down with their abusers, less able to seek support and help from others. Demands on shelters for women and children fleeing violence across BiH greatly increased, but with little or no funding from local authorities. I was glad the UK Embassy, under the leadership of our Deputy Ambassador Dr Ruth Wiseman, was able at least in the short-term to help cover some of those additional pressures, along with partners like the Swedish Embassy.

As terrible as many of those testimonies were to read, they are consistent with patterns of violence, threats and abuse targeted towards women in BiH public life. The treatment of female politicians, journalists and other prominent individuals is characterised by innuendo, insinuation, threats, criticism of physical appearance, and wide-ranging abuse, for daring to stand up and make a contribution instead of keeping silent. There is a clear connection to draw between this and the depressingly low levels of women in senior and decision-making roles in politics, business and the media.

What then could be done about these problems, whether or not they happen to be on the front pages of our consciousness? Is it not all too complicated and deep-rooted to change?

In fact, there are very clear and achievable steps forward, right in front of us. They were articulated by four eloquent and motivated women who helped to turn the #NisamTrazila into more than 4,000 individual testimonies, and a supporting community of more than 40,000 women and men across the Western Balkans.

In a letter to FBiH Parliamentarians, the group voiced a collective determination to change a situation in which more than 91% of rape cases are not processed, and abusers act with impunity while their victims suffer. Three clear actions were laid out:

Clearly there are many other things to be done, but this offered a simple and comprehensible starting point, following such strong public outcry. Unfortunately, these requests remain just that, stuck on paper, though implementing them is within reach of these elected officials.

As well as the overwhelming sense of solidarity and support from those who spoke up under #NisamTrazila, I was struck by the start of some self-reflection amongst men, that gender-based violence could not be tackled without looking at the perpetrators, and what must be done to prevent the violence at source. Again, there is a long way to go, but discussions about masculinity, and how to raise boys and young men in a different way, are an essential place to start.

The leaders of the #NisamTrazila online forum deserve all our support, as do the untold thousands, if not hundreds of thousands, whose experience they represent and bring to light. The problems have not gone away along with the headlines. But following their example and determination, we can start to make a change that lasts.

Why there is an Increase in the Prices of Medicines in Bosnia and Herzegovina?
Next Article