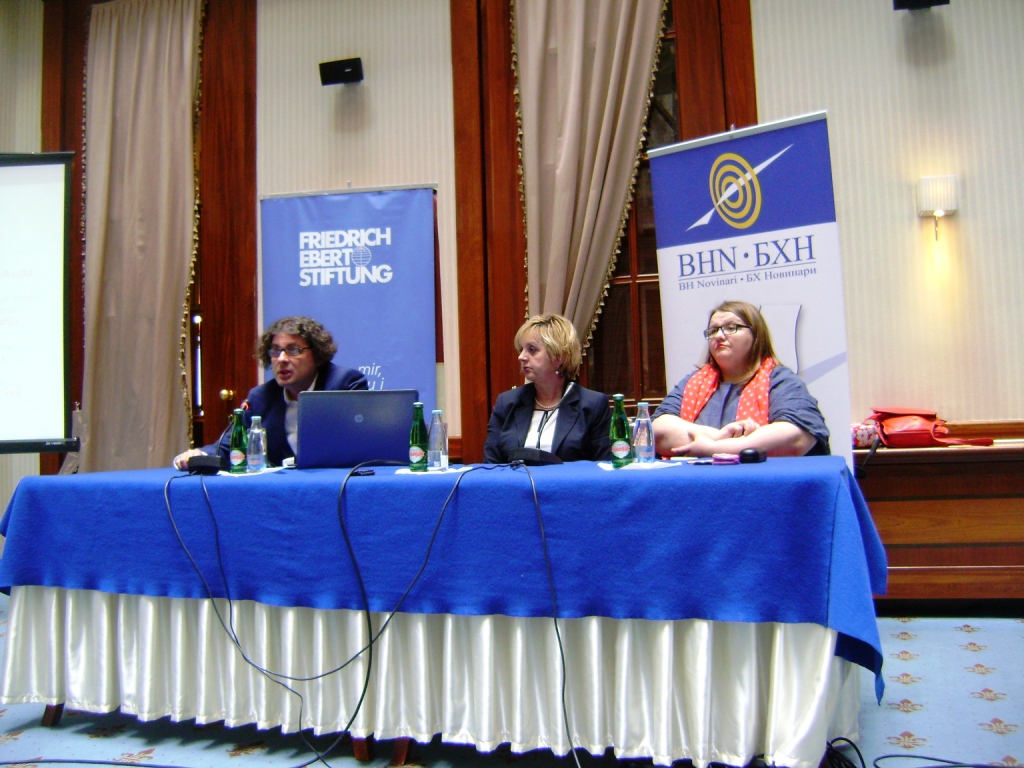 A press conference was organized yesterday in Sarajevo on the occasion of marking the 3rd of May – World Press Freedom Day, at which results of  public opinion research “Media in BiH 2015: Media freedom, professionalism and challenges“ have been presented.

The research was conducted from 25th March to 14th April 2015 with the aim of determining the attitudes of citizens towards press freedom in BiH and trust in the medial, political pressures and attacks on journalists, functioning and survival of public service in BiH, solving the requirements on establishing a channel in Croatian language, as well as other relevant problems faced by BH press community.

At the presentation of research results, Secretary General of the Association BH Journalists, Borka Rudic, announced that 80.6% of BH citizens trust the most in media, and then to religious communities and non-governmental sector.

The Conference has been organized by the Association BH Journalists and Friedrich Ebert Foundation.

Mostar Majorettes qualified for the European Competition of Majorettes
Next Article