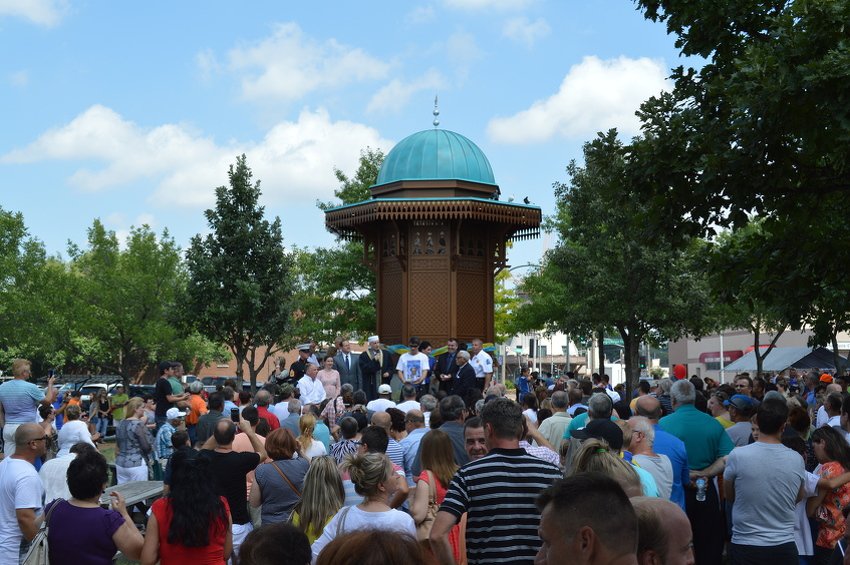 Presidential campaigns in the United States are largely taking place, and the candidates are trying to win over as many voters as possible. Akif Cogo, the president of the Association St. Louis Bosnians, stated that Bosnians from St. Louis could play a key role in the elections in the US state of Missouri.

Cogo emphasized that the mood of the citizens of BiH origin in St. Louis was the same as for the citizens of BiH before local elections. There were only few of those who followed the statements and events of the election. However, this has changed thanks to the activists who are trying to register our citizens to vote with the message that this community is not negligible political factor in St. Louis and the US state of Missouri.

“There is a high probability that our community will play a key role, not only during the presidential election in Missouri, but also the election of senators, as well as a number of other elections that are very close, i.e. where less than 10,000 votes will decide,” said Cogo.

Most of BiH community in this American city, especially the younger generation, was emotionally attached to messages of Senator Bernie Sanders during the party elections, and they were mildly disappointed when he lost.

“As we approach the time of the elections, in our community is also created cohesion in terms of a presidential candidate that would be fitting for all Americans including us, and it is Hillary Clinton,” said Cogo.

Although the president of the United States does not have a big impact on the community in St. Louis because their problems in the majority of cases are resolved at the local level, Cogo stated that our people want a candidate who offers a more stable and realistic policy, and a policy of equality.

“We do not want a candidate who offers Islamophobia, anti-immigrant sentiment and a number of other xenophobic attitudes. What is very concerning, and at the same time plays a big role in the decision of our community which candidate to support, is a foreign policy position of that candidate. Especially one that concerns our country. Over the past year, activists from our community had the opportunity to meet with certain presidential candidates and talk about their views on BiH. Therefore our community is giving greater support to Clinton in relation to the other candidates,” concluded Cogo.

Remember, the main rival to Democratic representative Hillary Clinton in the race for the US president is a Republican Donald Trump. Elections will be held on the 8th of November this year.

St. Louis is home to the largest community of Bosnians outside BiH, and this community was formed during the refugee crisis in 90’s. Historically, this city was predominantly Republican, and  Republican candidate John McCain even  won here in 2008. This city has more than 70,000 people of BH origin.