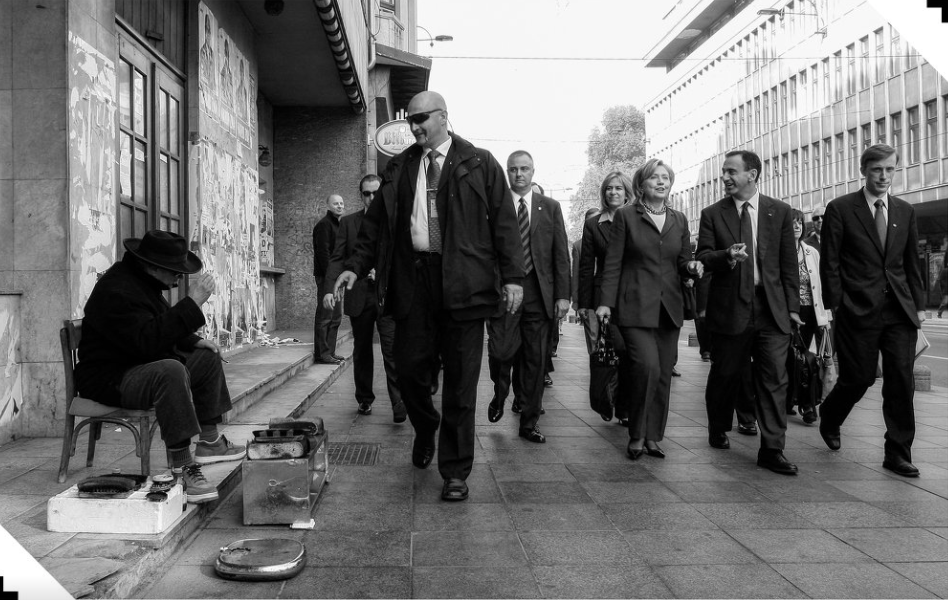 In the Gallery of Contemporary Art Brodac, an exhibition “Interior Affairs” of Sarajevo photographer Nikola Blagojevic will be officially opened on Monday, 21st January 2019 at 19:00 o’clock.

Some of the subjects in the photographs are public figures, politicians and artists, represented in contrast to the everyday, thus emphasizing the purity of the personalities themselves, offering a sense of authenticity and sincerity of the moment recorded.

“Nikola Blagojevic records characteristic moments in documentary and reportage, where the notions of time and space are not precise, while seemingly playable and unobtrusive access to subjects actually gives the feeling that the author has accidentally found himself in certain situations,” Nejra Mulaomerovic, a curator, stated.

The exhibition includes photographs of towns, passersby on the streets, nightlife and the police.

“Photographs of the cities, passers-by on the streets, nightlife and police seem quite familiar in a different way, depicting the everyday life. The decision to replace the photo paper and frame on the wall with a print on a tote bag the photo becomes a wearable object and time again it puts an emphasis on the author’s playfulness, but also provides a personal touch of his work process. Each of the tote bags contains prints on both sides creating a link between the two photographs and provides the possibility of different interpretation and contextualization. Though seemingly inconspicuous in his approach Blagojevic still approaches his subjects with a certain irony, but it never goes into conviction it rather points out the absurdity of certain life moments and it also shows the author’s sense of humor. When we encounter photographs of the social landscape we are faced with the danger of establishing dual moralistic standards, depending on how the subjects are presented. Blagojević manages to avoid that trap because he’s always in the interspace. He is not too direct or obvious, but he’s also not completely indifferent, therefore by choosing not to occupy a certain position he invites the observer to the game of recognizing symbols and contrasts.,” Mulaomerovic added. 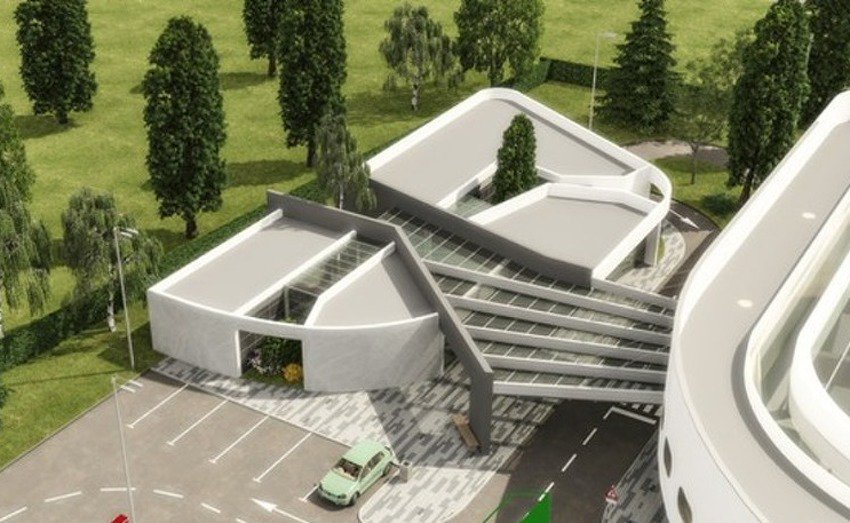 Tuzla Airport invests over 1 Million BAM in new Facilities
Next Article Analysis: What is the Number of Court Cases resolved in BiH?
Leave a comment Leave a comment