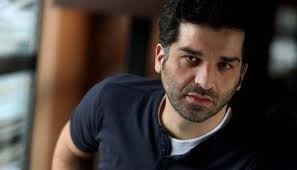 Since it gained its independence, BiH can boast with great film successes.

It is well known that Danis Tanović won the Oscar for the best foreign language film in 2001 (No Man’s Land), while Jasmila Žbanić won the Golden Bear at the film festival in Berlin five years ago with the film Grbavica.

However, judging by the plaque in front of the Festival-Congress Palace (Palais des Festivals et des Congrès) in Cannes, the independent BiH also has a Golden Palm for the best film!

Namely, this plaque, which lists all best films from Cannes, has the name of Bosnia and Herzegovina written next to the winner from 1995, the film Underground.

The person who engraved the winning team and the country of origin was probably deceived by the birth country of the Serbian director Emir Kusturica.

Paradoxically, the film Underground was partially financed by Milošević’s regime, through the mediation of the Radio Television of Serbia, and many people saw the film as a propaganda of the policy of Great Srbija and as justification of events in the former Yugoslavia.