Muhamed Kahrimanovic, a Bosnian who lives and works in Germany for nearly 40 years, has the ability to break everything that seems unbreakable to the common man with his hands and he is Guinness record holder in 12 disciplines.

The man who has hands like a hammer, which is why he was named Hammerhand in the German media,  achieves this remarkable energy thanks to the combined power of the mind and skills. He can break everything, from coconuts to the concrete. He says that he did not plan to become a Guinness record holder, but it happened.

Muhamed managed to get out of the locked trunk of the car in only 14 seconds. He freed himself in 46 seconds from the case that was locked with screws.

“When I was offered to have a duel with the Chinese artist from the famous Shaolin monastery in Beijing in breaking 25 coconuts with hands, I broke all of them and the Chinese withdrew on the ninth coconut. After that, I was a regular guest on various TV networks around China for seven years,” says Muhamed.

In the show “Galileo” TV Pro 7, they tried the scene from the movie “Kill Bill”.

“They put me in a coffin, which was closed by 15 centimeters long screws. In the second coffin was a candidate who was supposed to come out with the help of tools, but he managed to do it after me,” said Hammerhand.

He turned martial arts into art, and he is very popular in the media around the world and had more than 200 different TV shows so far. He became a popular hero in shows and various competitions throughout Europe and the world, and besides China, he was in Japan, Australia, and Beirut. Cameras recorded him smashing concrete slabs, cans and bottles, glass on vehicles in motion and even wood. In one minute, Muhamed manages to break 115 coconuts that are extremely hard to break.

Hammerhand competed with opponents who had the hammer in their hands.

“I was faster, because it is physics, and the one who has a hammer, if he does not know how to use it, cannot be fast. Particularly demanding discipline is to break the bottle in a hot air balloon with the impact that should be strong enough to open the bottle, but not to pierce balloon. There were various scenes around the world and people were always wondering how this is possible, but even I cannot describe it,” he says.

He also mentioned that nearly 400 young people are training taekwondo, boxing, kickboxing, MMA and Wing Chun in the club “Mo San” in Hamburg. He is training them and preparing the best athletes in different championships. Young people named the club. “Mo San” in Japanese stands for “Muhamed’s pride”.

Muhamed visits his native Ilijas in BiH several times during the year. He is involved in the work of Taekwondo Association of BiH. 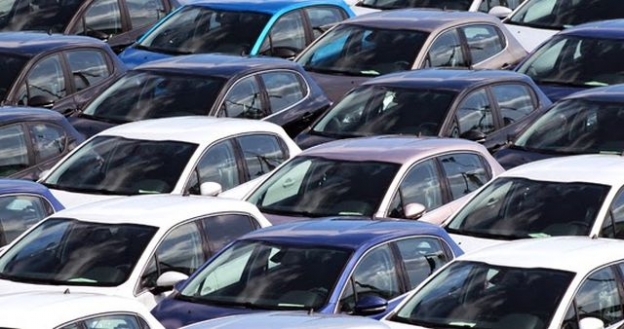 Which is the Most Expensive Car imported in BiH in 2016?
Next Article