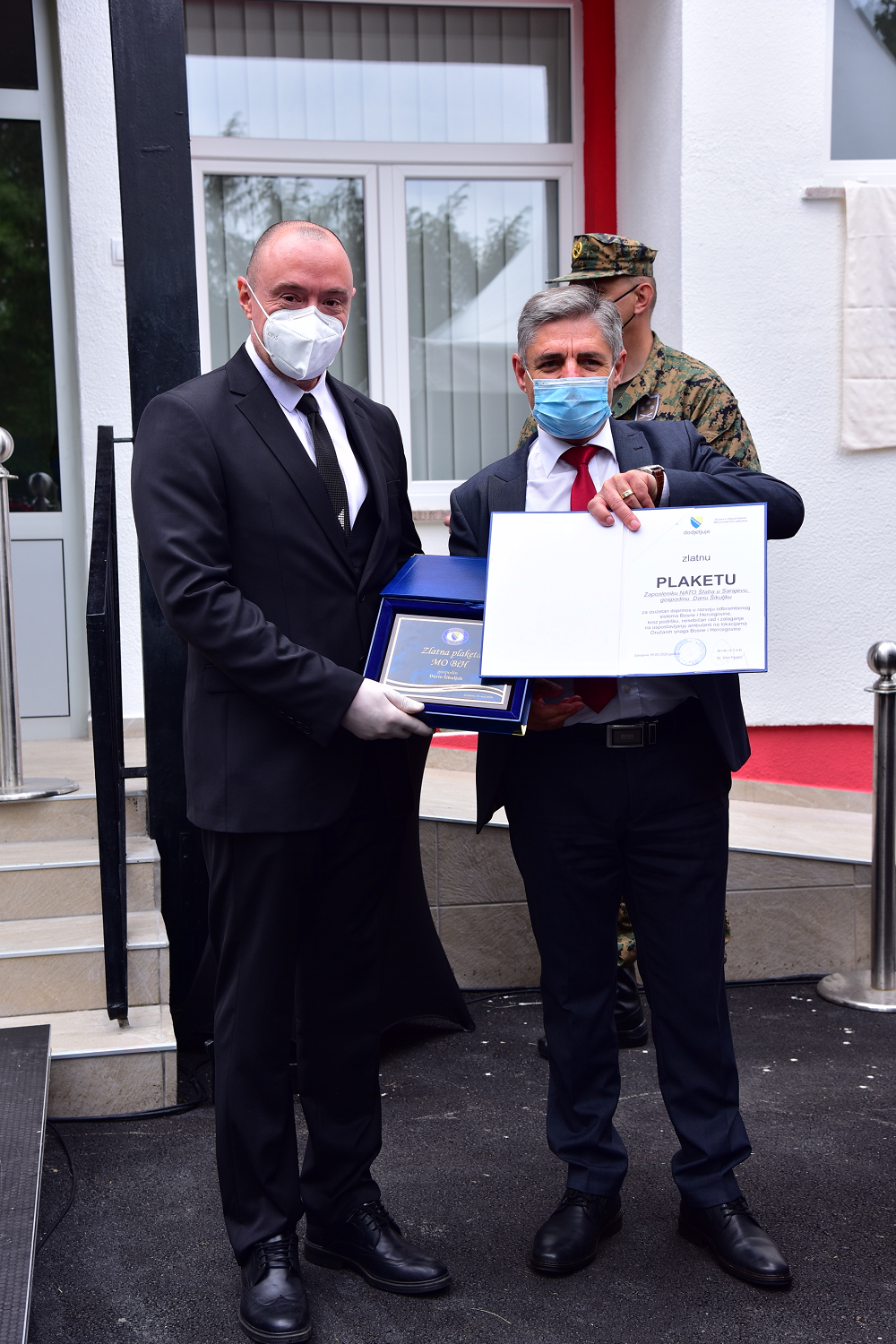 The first of four planned medical facilities throughout the Armed Forces of Bosnia-Herzegovina, this project is a collaborative effort between the BiH government, the United Kingdom Embassy to BiH, and NATO Headquarters Sarajevo.

Dario Sikuljak, an NHQSa NATO Advisory Team legal advisor, has been a member of the small 4-5 member team coordinating the entire project, providing all sides with critical legal analyses and advice at every stage.

“This achievement is the result of a long and comprehensive process which Dario has been actively involved in from the very beginning” said Christian Haupt, NHQSa Politico-Military Advisory Section chief and senior political-military advisor. “The new AFBiH medical facilities crown efforts began in 2016 and resulted in the successful negotiation of agreements ensuring healthcare coverage for military personnel in BiH, making a real difference in the life of women and men serving in the AFBiH.”

Sikuljak’s large role in the small team not only allowed the new medical facilities to be properly and legally funded and developed, but was also vital to the successful recruitment and hiring of six new medical doctors for the Armed Forces of Bosnia-Herzegovina, five of which are women.

“I feel deeply honored and very motivated to continue working on this project because we are barely halfway through and there is still more to be done,” said Sikuljak. “It took four years to get here, which shows nothing is done overnight and quick wins are not always possible. It’s all about sustainability. Sustainability of the system is very important. Building something is a great achievement but making it last is even greater.”

“It is important to emphasize that in addition to these medical facilities, there are other lines of effort,” he said. “As our commander said, it’s also about the human potential, not just buildings, and we are proud about the work we do on hiring young medical doctors who seek their professional development in the military.”

“Dario is a stellar example of NATO Headquarters Sarajevo’s commitment to assisting the people of Bosnia-Herzegovina in accomplishing their goals and bettering their country,”

Sikuljak’s dedication is representative of the NHQSa team’s desire to assist the people of Bosnia-Herzegovina toward a safe and prosperous future.

“The opening of the medical facilities represents an important step in the consolidation of the AFBiH’s operational capabilities and the enforcement of the fundamental right to health,” said Haupt. “We are proud to work with such a dedicated and hardworking colleague and skilled lawyer as Dario, who continues to invest his efforts for the benefit of BiH and its Armed Forces.”