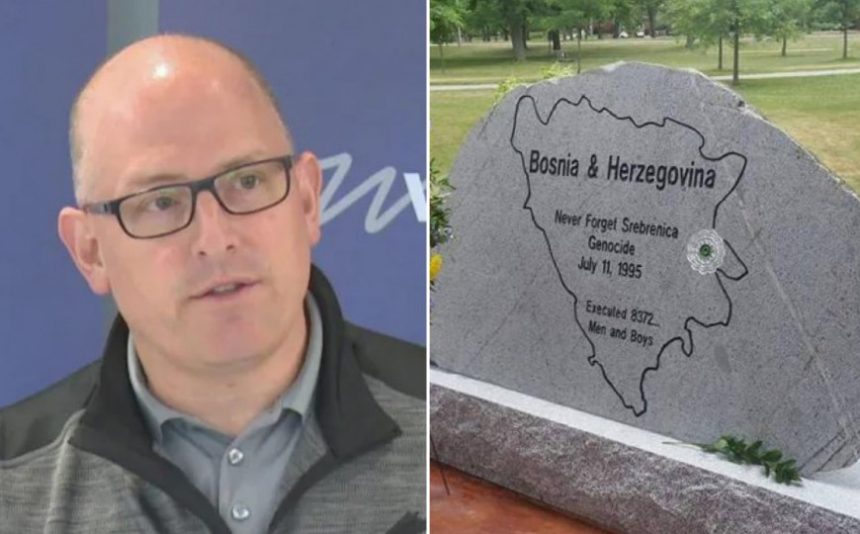 The Mayor of Canadian Winsdor, Drew Dilkens, declared July 11, 2022, the Day of Remembrance of the Srebrenica Genocide.

Windsor is the first city in the world to make a monument to the victims of the Srebrenica genocide.

Brian Masse, a member of the Canadian Parliament and a long-term sponsor of all Canadian events in the culture of remembering the genocide in Srebrenica, was born in Windsor, the Institute of Genocide Research Canada IGK announced.

Emir Ramic, director of the Genocide Research Institute of Canada, thanked Brian Masse and Drew Dilkens for Canada’s continued contribution to the culture of remembrance of the Srebrenica genocide, the statement said.

Komsic: Instead of Sanctioning, Varhelyi invited Dodik and Covic to listen to their Plans to divide BiH
Next Article