The European Union (EU), the United Kingdom (UK), the United States (U.S.), and NATO are jointly engaged in resolving the crisis in Ukraine, in response to Russia’s moves, and in the midst of the crisis in the east, it is increasingly clear to many in the west that instability in the Western Balkans would weaken them.

This was stated by Adnan Cerimagic, analyst of the European Stability Initiative (ESI) from Berlin, commenting on the latest events in Ukraine.

”The recent messages of the President of France and the Chancellor of Germany on how the perspective of EU membership needs to be made more concrete and tangible are encouraging. It is the goal of EU membership that has kept the region at peace for years and enabled progress. It has become unrealistic for all Balkan countries for years, so hopefully, the situation in Ukraine will make it more realistic again, ”Cerimagic noted.

Further, he added that the citizens, politicians, and economy of BiH have no reason for any satisfaction after the talks of EU foreign ministers because, at the meeting which was held on Monday, immediately after the discussion on the dramatic situation in Ukraine, BiH was discussed as a country on the brink of collapse, which is, therefore, a problem and a challenge for the EU.

”At this moment of great uncertainty about the future of the overall political and security framework of Europe and the world and potential economic consequences, responsible and reasonable policy in BiH would do everything to make BiH and the region more stable and less affected by this European crisis. Instead, the ruling coalition in Republika Srpska (RS) continues to implement a plan that, if fully implemented, will disrupt trade, political, and any other relations with the EU, which is BiH’s most important political, economic, and security partner, ” Cerimagic said.

”Even though sanctions are a sign for BiH that things must change, they themselves will not change the dynamics in BiH. It has to be done by politicians who understand the current European and global situation, who clearly understand the consequences of implementing the plan of the ruling coalition in RS, and who will do everything to provide better conditions for citizens and the economy at a time of such global and European turmoil, ” told Cerimagic.

When it comes to reforming the BiH Election Law and amending the BiH Constitution, EU ministers supported the efforts of the European External Action Service and the State Department, led by diplomats Eichhorst and Palmer, to moderate talks on amending the Constitution and Election Law and improve the functioning of the Federation of BiH (FBiH). At the same time, most members were clear that regardless of the outcome of these efforts, the October 2022 elections should be held in accordance with BiH law. 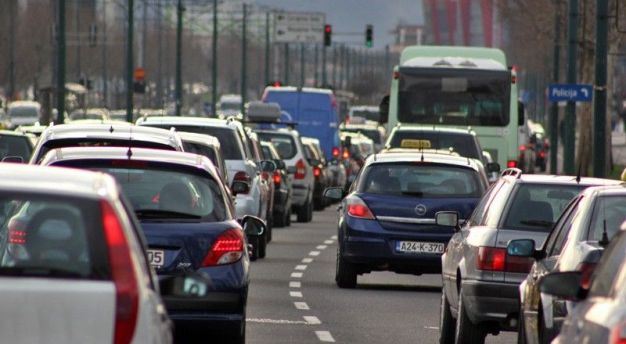 The Sarajevo Government and Police: We will raise Traffic Safety to a higher Level
Next Article