The Communications Regulatory Agency (RAK) of Bosnia and Herzegovina announced that the use of minors in the election campaign was prohibited and called for compliance with election rules.

RAK stated that in the current election campaign, they received numerous inquiries from license holders regarding the use of minors in promotional videos of political entities for the purpose of political promotion.

“The agency hereby reminds the license holders who are obliged to monitor the activities of political subjects of the provisions that prohibit the use of minors for political purposes,” the RAK points out.

The RAK called on all participants in the election process, primarily the users of the Agency’s permits, to take a responsible approach in applying and respecting the election rules, with a special emphasis on the rights and protection of minors. 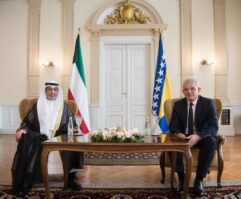 Friendly and Good Relations between BiH and Kuwait
Next Article