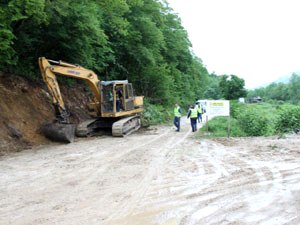 The foundation stone for the construction of the Delta City shopping center, will be set up on June 28th in the Bulevar of the Serb Army in Banja Luka. Preparatory work has already begun and this was confirmed by Ljubomir Cubic, director of the company “Niskogradnja”, a contractor of works.

“Laying of a foundation stone will take place on June 28th. We are currently doing only preparatory works, so we should have more information later,” said Cubic shortly.

Slobodan Stanarevic, Acting Head of the Department for Spatial Planning of the City of Banja Luka, emphasized that the “Delta City” shopping center will be of great importance.

“The beginning of construction works is expected on June 29th and the opening of the market center is expected by the end of November next year. The contractor of the complete works is the company Niskogradnja Laktasi, said Stanarevic.

Srdan Amidzic, deputy mayor of Banja Luka, said that the construction of such a shopping center is very important for Banjaluka.