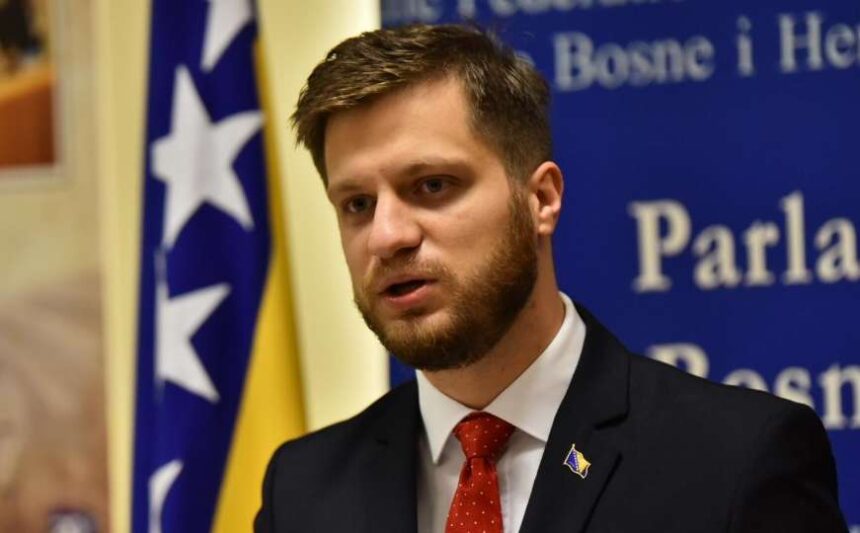 In the continuation of the constituent session of the Sarajevo Canton Assembly, the representatives elected delegates to the House of Peoples of the Parliament of the Federation of Bosnia and Herzegovina today.

Delegates from among the constituent nations and Others were elected, and after the session, the representatives were mostly satisfied with the choice.

“After the victory in the elections in Sarajevo, the SDA confirmed a good result in the indirect elections in the SC Assembly, so I can say that we are very satisfied with everything that is happening and that will be happening,” said Zahiragić.

A representative from the Serb Caucus Igor Stojanović (SDP) pointed out that all five Serbs elected to the SC Assembly are elected to the House of Peoples of the FBiH Parliament.

“The number of Serbs and Croats has increased in the Assembly of the Sarajevo Canton. I think that we are increasingly getting the image of Sarajevo as a multi-ethnic capital. I am glad that compared to the last mandate, that number has increased significantly. I am also satisfied with the number of delegates from SDP,” said Stojanović.

MP Sanela Klarić (Our Party) from the ranks of the Others was elected to the House of Peoples of the FBiH Parliament. As she said, she was given the opportunity to continue working on sustainable development initiatives in the fields of agriculture and energy.

Damir Marjanović (For New Generations), a delegate from the Croat Caucus, points out that the movement “For New Generations”, in cooperation with coalition partners from the Eight, decided to be actively involved at the FBiH level.

“For New Generations, as a young political organization that has existed for a few months, we can be satisfied because we are present at all three parliamentary levels. The coalition of eight political parties continues to work on the formation of government at all levels, and we will actively participate in that,” said Marjanović.