The Embassy of the Russian Federation in Bosnia and Herzegovina believes that High Representative Christian Schmidt’s decision to impose technical changes to the BiH Election Law was made under external pressure, no matter how good intentions Schmidt offers as an explanation.

“Already now in the conditions of final collapse, and already with a sufficiently compromised reputation, it can be assumed where Mr. Schmidt’s ‘good intentions’ will lead Bosnia and Herzegovina”, says the response of the Embassy of the Russian Federation to Srna news agency’s request to give their opinion on the imposition of this decision.

The Embassy states that they have always assumed that the use of extraordinary powers is harmful and counterproductive.

“And it is even more serious when it comes to changes in legislation – no high representative has the right to impose such changes in terms of the Bonn powers themselves,” the Embassy of the Russian Federation points out.

In the response, it is noted that the Embassy of the Russian Federation has repeatedly emphasized that it does not consider Schmidt a legitimate high representative, and that from a logical and political point of view, his activities are not legitimate for it.

“The principled position of the Russian diplomatic mission is that any changes in BiH should be the result of a patient dialogue between the parties in BiH based on mutual respect, without radical rhetoric, as well as without any external influence.”

The Embassy of the Russian Federation emphasized that if the politicians fail to come to an agreement, then one must live in conditions of the absence of necessary decisions, suffering all the consequences that will result from that.

“In fact, it is about the true sovereignty of states in the conditions of the West’s attempt to preserve its dominance. In our opinion, a truly sovereign choice for BiH could be a consolidated agreement and a request to close the Office of the High Representative. It is possible that such an approach will become the basis and to reach an agreement on all current issues of the functioning of Bosnia and Herzegovina”, said the Embassy of the Russian Federation.

Yesterday, High Representative Christian Schmidt imposed a decision on amendments to the Election Law of BiH, which refer to what he said was a package of election transparency, while he left more time for domestic politicians for the political part. 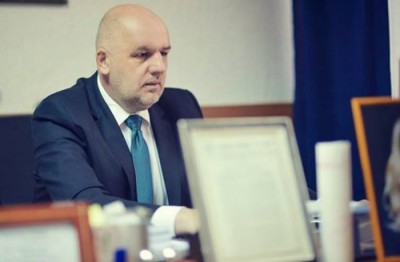