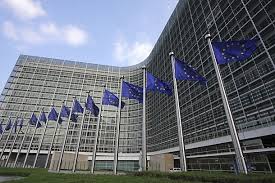 The Commission has today proposed an EU budget of €166.7 billion for 2021, to be complemented by €211 billion in grants and approximately €133 billion in loans under Next Generation EU, the temporary recovery instrument aimed at mobilising investments and kick-starting the European economy. Together, the annual budget and Next Generation EU will mobilise significant investments in 2021 to address the immediate economic and social damage caused by the coronavirus pandemic, kick-start a sustainable recovery and protect and create jobs. The budget is also fully in line with the commitment to invest in the future in order to achieve a greener, more digital and resilient Europe.

Once adopted, this will be the first budget under the new 2021-2027 multiannual financial framework and the first annual budget proposed by President von der Leyen‘s Commission.

Commissioner Johannes Hahn responsible for the EU Budget stated: “In these extraordinary times, the European Commission’s proposal mobilises unprecedented support. The annual budget 2021 will help hundreds of thousands of people, companies and regions to overcome the crisis and emerge stronger than before. To make it happen, we need an agreement on the long-term budget and Next Generation EU – a deal that will send a signal of confidence throughout Europe.”

The draft budget 2021, boosted by Next Generation EU, directs funds to where they can make the greatest difference, in line with the most crucial recovery needs of the EU Member States and our partners around the world.

The funding will help rebuild and modernise our Union, by fostering the green and digital transitions, creating jobs and strengthening Europe’s role in the world.

The budget reflects Europe’s priorities, which are relevant to ensure a sustainable recovery. To that end, the Commission is proposing to allocate:

–   €1.34 billion for Digital Europe programme for the Union’s cyber-defences and support the digital transition;

–  €575 million for the Single Market Programme, €36.2 million and €127 million respectively for the programmes supporting cooperation in the fields of taxation and customs;

–   €2.89 billion for Erasmus Plus to invest in young people, as well as €306 million for the cultural and creative sectors through Creative Europe;

–   €1.1 billion for the Asylum and Migration Fund and €1.0 billion for Integrated Border Management Fund to step up cooperation on external border management as well as migration and asylum policy;

–   €55.2 billion for the Common Agricultural Policy and €813 million for the European Maritime and Fisheries Fund, for Europe’s farmers and fishermen, but also to strengthen the resilience of the agri-food and fisheries sectors and to provide the necessary scope for crisis management;

–   €1.9 billion for pre-accession assistance, to support our neighbours, including in the Western Balkans;

In addition, large part of the funds will go to the priority actions identified in connection with Next Generation EU, including:

–   €131.5 billion of loans and approximately €133 billion of grants can be provided to Member States under the Recovery and Resilience Facility, as part of Next Generation EU;

–   €17.3 billion for Horizon Europe, to increase European support for health and climate-related research and innovation activities, of which €5 billion under Next Generation EU;

–   €10.13 billion for InvestEU, to invest in sustainable infrastructure, innovation and digitisation. Part of the money will be for the Strategic Investment Facility, to build strategic autonomy in vital supply chains at European level;

–   €8.28 billion for the Solvency Support Instrument as proposed by Next Generation EU, to address the solvency concerns of viable companies from all economic sectors;

–   €47.15 billion for cohesion policy, to be complemented by €42.45 billion under REACT-EU as proposed under Next Generation EU. The money will go for employment subsidies, short time work schemes and youth employment measures; liquidity and solvency for SMEs;

–   €9.47 billion for the Just Transition Fund to make sure the transition towards climate neutrality leaves nobody behind, of which €7.96 billion under Next Generation EU;

–   €619 million for rescEU, the Union civil protection mechanism, to make sure the Union has the capacity to respond to large-scale emergencies;

–   €1.19 billion for EU4Health, the new health programme, which will equip our Union against future health threats; of which €1.17 billion from Next Generation EU;

–   €15.36 billion for our external partners through the Neighbourhood, Development and International Cooperation Instrument (NDICI) of which €3.29 billion under Next Generation EU;

–   €2.8 billion for humanitarian aid, of which €1.3 billion under Next Generation EU, for the growing humanitarian needs in the most vulnerable parts of the world.

The draft budget for 2021 is based on the Commission’s proposal for the EU’s next long-term budget as put forward on 27 May 2020. Once the European Parliament and the Council agree on the MFF 2021-2027, including Next Generation EU, the Commission will adapt its proposal for the 2021 budget accordingly through an amending letter.

It is essential that the draft budget is adopted swiftly so that hundreds of thousands of entrepreneurs, researchers, farmers, and municipalities across Europe can start benefitting from the funds, thus investing in a better future for next generations.

The draft 2021 EU budget includes expenditure under Next Generation EU that will be financed from borrowing at the capital markets and the expenditure covered by the appropriations under the long-term budget ceilings which are financed from own resources. For the latter, two amounts for each programme are proposed – commitments and payments. “Commitments” refers to the funding that can be agreed in contracts in a given year; “payments” to the money actually paid out. The proposed 2021 EU budget amounts to €166.7 billion in commitments (-9.7% compared to 2020) and €163.5 billion in payments (+0.8% compared to 2020). This is the first budget for EU 27, after the withdrawal of the UK and the end of the transition period. 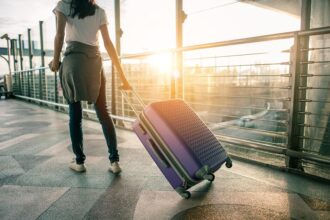