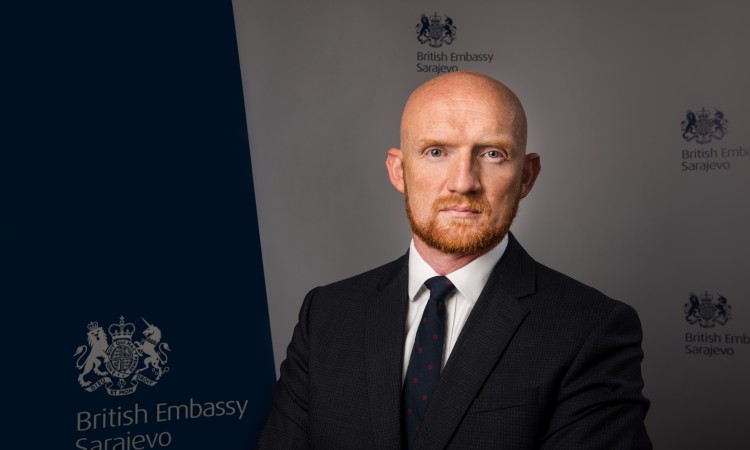 Matthew Field was appointed as Her Majesty’s Ambassador to Bosnia and Herzegovina in August 2018.

Ambassador Field has previously served in a number of overseas political and policy roles, since joining the Diplomatic Service in 2003. He was Political Counsellor and Head of Political and Security Group in the British Embassy in Brasilia, overseeing staff and projects from five different government departments.

H.E. has carried out a number of responsibilities in the Foreign and Commonwealth Office in London, including managing the UK-Argentina relationship, leading UK-Brazil Olympic cooperation, coordinating with the EU on the Middle East Peace Process, as Israel desk officer, and in strategic resource management. Prior to joining the Diplomatic Service, he worked for the international development charity Oxfam, and the Japan 2002 World Cup Organising Committee.

ST: Earlier representatives of the European Union reported that Bosnia and Herzegovina has achieved an “impressive progress” in the implementation of the Reform Agenda. However, the situation in the country today, two and a half years after the announced Agenda, is that 900,000 people live below the poverty line, as much as 28 percent of the households live with 580 BAM a month, with every sixth household living in poverty. The most worrying fact is the failure to implement the most important reforms in Agenda. Can we actually speak about real and achievable progress? How long do you predict it will take for BiH to achieve candidate status?

“Before the Reform Agenda was the UK-German Initiative, a direct response to the huge levels of frustration in BiH. Then came the Reform Agenda, an ambitious set of actions that would help stabilize and improve the BiH economy, and get the country’s EU path moving on again. It achieved some of those goals, especially early on, including pension reform and a more secure banking sector, helping to increase employment and exports. It also led to BiH submitting a Membership application to Brussels, which was accepted, restarting that path. But it is absolutely true that many reforms were not implemented, and responsibility for that failure rests with BiH political leaders, who instead reverted to petty in-fighting and selfish interest. If all of the Reform Agenda had been implemented, as those politicians committed, then the situation today would certainly have been much better. As for the question of Candidate Status, like all things on the EU path, this depends on actions not words, and BiH’s leaders actually implementing reforms, to the benefit of all citizens,” Ambassador Field said in the interview with Sarajevo Times news portal.

On the question that in July 2018, British Prime Minister Theresa May said that “Britain is to almost double the funding it provides to countries in the Western Balkans to 80 million pounds ($106.06 million)”, Ambassador Field answers he was really pleased that Prime Minister used the Western Balkan Summit in London to announce such a major increase in UK assistance to the people of this region, and this country. This will allow the UK Embassy to significantly increase much of the existing cooperation, including improvements to the judiciary and prosecution service, more effective investigation of organized crime, tougher measures against corruption, a more attractive business environment, teaching digital skills in primary schools, better public services, and depoliticized public companies.

“All of these programmes have the citizens of BiH front and centre, and are drawn on the issues that they tell us matter most. They will also help the country move forward on the Euro-Atlantic path, which remains a priority for everyone I speak to here,” H.E. Field explained.

ST: It is evident that in certain parts of BiH the phenomenon of Euroscepticism is present.  In your country, there is also a heated debate about its relation to the EU.  Do you think Brexit can undermine the desire of BH citizens to access the EU?  In your opinion, does BiH have an alternative to European integration?

“I think it is always a mistake to say that BiH has no alternative to the EU. It does, but given its location and current situation, none of these alternatives can offer sustainable jobs and security. But that choice is for the citizens of this country to make. In a similar way, Brexit was a democratic choice by the British people. Leaving the EU will absolutely not change the way the UK treats BiH – in fact, given our increased resources and interest, you will see more not less of the UK,” Mr. Field added.

On the question that it is evident that national parties again received the most votes on the general elections held in October last year and how will this affect the further development of BiH in political sense, considering there is an evident governmental deadlock at almost all levels of government, Ambassador Field answers that he has followed the election process very closely, and the UK provided additional international observers to see how the system matched up to international standards.

“Like many people that day, I saw a complicated and confusing process, with high levels of abstentions and invalid ballots. There is much that needs to be improved,” Ambassador advises.

“As for who was successful in the elections, it is true that in many cases the same old names were brought back into power. And now we see familiar blockage and delays in the formation of governments. Everyone has an excuse, and someone else to blame. Citizens are the ones who suffer. We all need to see parties behave responsibly, engage in constructive discussions, and get on with forming the new administrations. Then they need to hurry up with the work for which they were elected – acting in the best interests of their voters, and implementing reforms to improve their lives,” H.E. adds.

ST: The Party of Democratic Action (SDA) will initiate a legal procedure for changing the name of the BiH entity Republika Srpska because it is discriminatory against all those who are not Serbs. On the other side, Chairman of BiH Presidency Milorad Dodik claims it is unacceptable and halts all further cooperation with SDA, and calls on referendum again. How do you see this situation? Why is the question opened now, after 23 years, and why after yesterday’s meeting? What will be the outcome?

“Since I arrived in BiH, working for the EU and then as UK Ambassador, I have seen a whole series of political crises, dramatic accusations, constitutional claims, and divisive rhetoric. At times, it feels that political blocs are taking turns to be provocative. I think it is deeply irresponsible on any side to try to raise such fundamental questions, including about the constitutional framework of the country, at a time when governments should already have been formed,” Ambassador explained, adding that this is only one example of looking to the past instead of to the future, as we see so often, and ignoring what citizens need.

ST: When it is said “football”, one immediately thinks of the United Kingdom, great matches, successful clubs and well-paid football players. In BiH, there are numerous talented young boys and girls who do not have the opportunity to “sell” the talent here. Is there a possibility of cooperation between football clubs in BiH and the UK? In what way?

“I am glad you associate football with the UK – we may have invented the game, but it truly has been taken on by everyone. And it was a privilege to be working in Brazil for the 2014 World Cup, when BiH made its debut. Football is yet another example of the quality of people that this country produces – think of Dzeko, Pjanic, Kolasinac – but who have to leave it to succeed. I know that Asmir Begovic is just one example of someone putting back, through his foundation. I like to support men’s and women’s sport in this country, such as the Chelsea ladies game with Sarajevo SFK 2000, but I have seen how much more investment is needed in sport. It really is remarkable that a country this size continues to produce so many successful athletes. I had not thought of direct cooperation between UK and BiH clubs, but this is an idea I will take away with me. Thanks!” 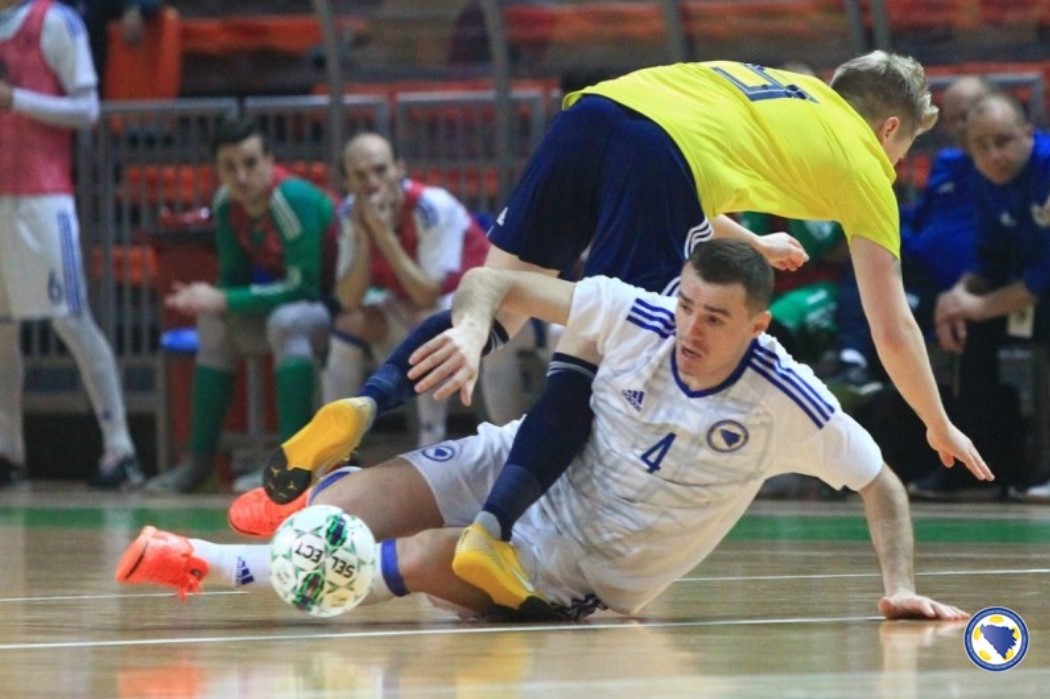