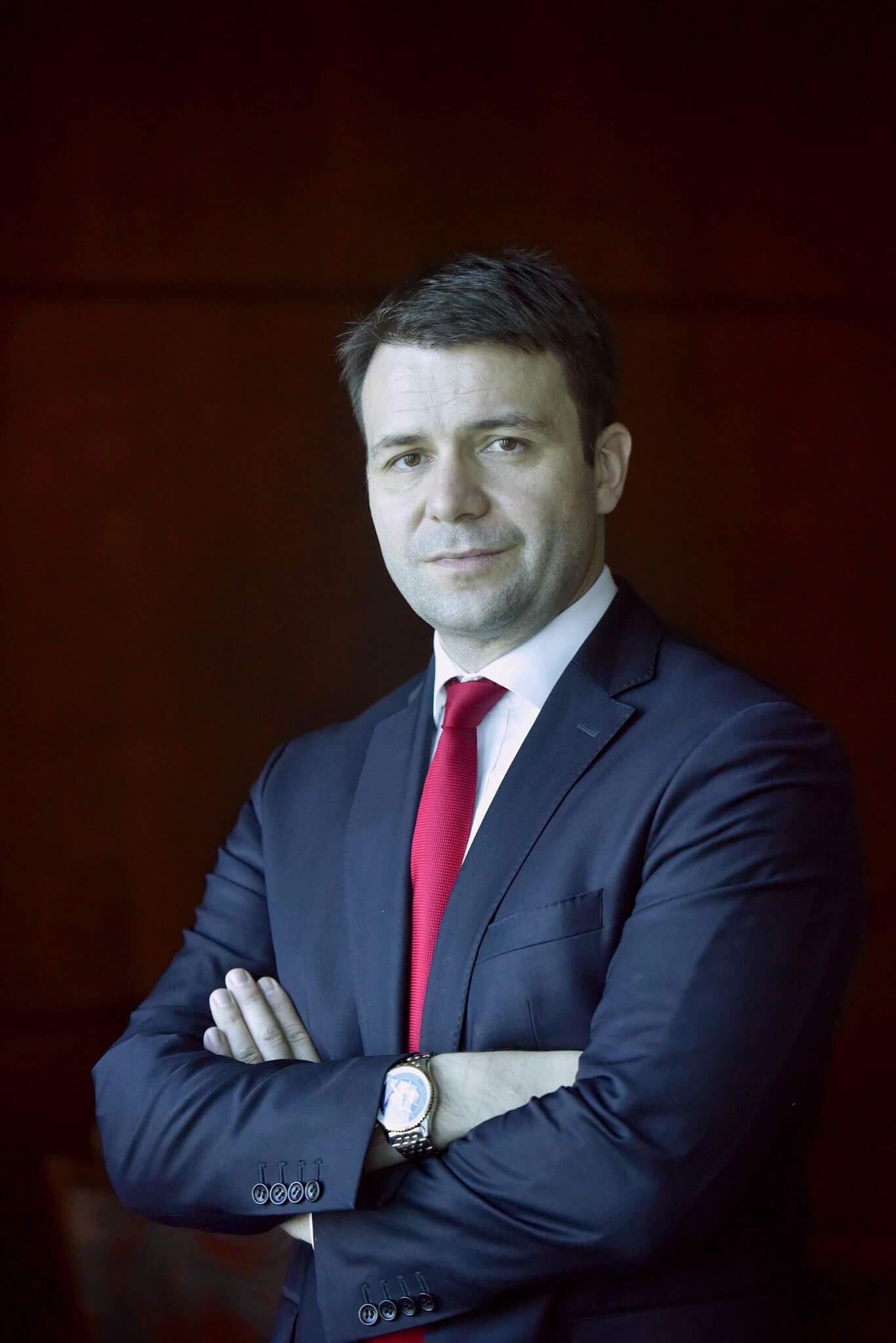 H.E. Nedim Makarevic was appointed in October 2017 as Ambassador of Bosnia and Herzegovina to the Kingdom of Norway, when he met with the King of Norway Harald V and handed over the letters of credentials.

Additionally, on April 12th, 2018, Mr. Makarevic, solemnly presented his Letters of Credentials to the President of the Iceland Guni Th. Johannesson in Reykjavik. In this way, he took over the duty of the non-resident extraordinary and plenipotentiary ambassador of BiH in that country.

During the interview for Sarajevo Times, H.E. Makarevic emphasized that there are no open questions between BiH and Norway when it comes to bilateral relations, and two countries cooperate very well.

One of his priorities is to enhance the bilateral trade between BiH and Norway, but highlights that the potential of cooperation with BiH’s entrepreneurs, who are very successful in Norway, is not sufficiently used.

“Bosnians, as individuals, are very strong in the business they do, whether being businessmen, footballers, owners of private businesses, but the problem has been always how to connect with them,” H.E. Makarevic says, adding that there are ideas on how to increase the exports.

The main idea was to concentrate on the companies of people from Diaspora, and Embassy od BiH in Norway has established an organization “BiH-Norway Chamber of Commerce” gathering 34 companies.

“The idea was to connect entrepreneurs from BiH with BiH entrepreneurs in Norway who are now organized and want to cooperate with their homeland. The first meeting in Oslo, was, in fact, the first time that businessmen from BiH in the great number and organized, came to Norway to make a contact and cooperation with our expatriates who are doing business in this country,” Makarevic stated.

Representatives from the field of security, tourism, glass industry, wood processing, electrical and machinery industry, IT building and architecture were all present at the meeting, and it is believed that the result of this synergy will be the creation of joint projects in the future.

The gathering event took place in June 2018, where series of meetings were held, and business deals were agreed, Makarevic says, adding that mainly glass, wood, furniture, and material are exported.

“Compared to last year, this year, according to available data, exports are increased by 30 percent, and we managed to increase the exports by 6 million BAM,” Makarevic said, adding that the results do not include statistics from December.

The statistics from BiH Chamber of Commerce show that export from Bosnia and Herzegovina to Norway amounted to 4,247,872 BAM in 2017, importing mostly machines, products of iron and steel, different food, products of zinc, plastic etc. When it comes to import in 2018, it amounted to 12,185,806 BAM.

Mr. Makarevic explained that there are some technical issues that need to be solved, explaining that since 2005, Kingdom on Norway is asking from citizens of BiH to withdraw citizenship of BiH if they want to take Norwegian one.

“Until 2005, this was not the case. Our ambition and wish is for them to follow the example of Sweden, where Sweden does not make even the smallest problem when it comes to dual citizenship,” Mr. Makarevic explained, adding that next year, the initiative will most probably be opened.

The cooperation between BiH and Norway is evident on many fields. Namely, Norway helps BiH in the improvement of judiciary, establishing IT centres in Tuzla, Banja Luka and Mostar, and through “The Norwegian National Council” which helps BiH in cleaning of mines, especially during the time when floods hit Doboj area in 2014.

Mr. Makarevic pointed out on the importance of creation of new workplaces for BiH’s citizens through projects funded by Norwegian government.

It is widely known that Bosnians are very well integrated in Norway and they are, according to all criteria, most promising group that affirmed itself in Norway, Mr. Makararevic said, adding that that the assimilation is evident as well, where children do not speak Bosnian language, do not attend Bosnian school, and do not visit BiH during holidays.

He added there are two Bosnian schools in cities of Oslo and Dramen, led by ambitious Bosnian women and true patriots.

During the war and after, people who used to live mostly around Prijedor and Mostar are the ones who are most numerous in Norway and generally work in public enterprises, in ministries, in municipalities, which points out on the fact that Bosnians are highly educated.

Mr. Makarevic recalled the general elections that took place in October this year in BiH and how he, with help of IT and links, in a unique and innovative way, for the first time, called BiH Diaspora to vote on the elections.

H.E. Makarevic noted that he emphasized the importance of Diaspora and voting and he provided guidance on how to perform it and how it was his ambition to make the diaspora vote in the elections.

“Diaspora is our painful spot, because its connection to the homeland was lost immediately after the war. I can understand the frustration among these people since I am a part of the diaspora and I spent many years abroad. However, we all have to understand that BiH is a young country, that mistakes are made and that abstaining from voting will worsen the situation. The most common answer I get is ‘I have no one to vote for.’ I have a message for those people: If you do not vote, you voted for those who do not want BiH,” stated Ambassador Makarevic in his message before the general elections.

When it comes to tourism, Ambassador Makarevic pointed out that Norwegians love nature, and that BiH can offer it, and what is also important, for a fair price.

Also, BiH can definitely offer health tourism to citizens of Norway, which was the case during the Former Yugoslavia. He added that there is a lack of advertisement and there is no direct flight, and these two are one of the most important problems BiH faces when it comes to cooperation in tourism with Norway.

In 2015, during his term as BiH Ambassador to Pakistan, Mr. Makarevic received the “Global Diplomat Excellence Award”, an award for ambassadors who in a special way contributed to the improvement of bilateral relations with Pakistan and showed the work in various areas. This award is given by the Peace Institute and Diplomatic Studies, which works closely with the Ministry of Foreign Affairs of Pakistan.

Dr. Nedim Makarevic was born in Doboj in 1974 where he completed his elementary and secondary school in and after that he started his study in Electrical Engineering (mechatronics) at University of Applied Sciences in Germany/Heilbronn. He made his PhD in Business administration focusing on the role of IT-Security impacting strategic management. He is native speaker of Bosnian language, but he also speaks fluently German and English language.