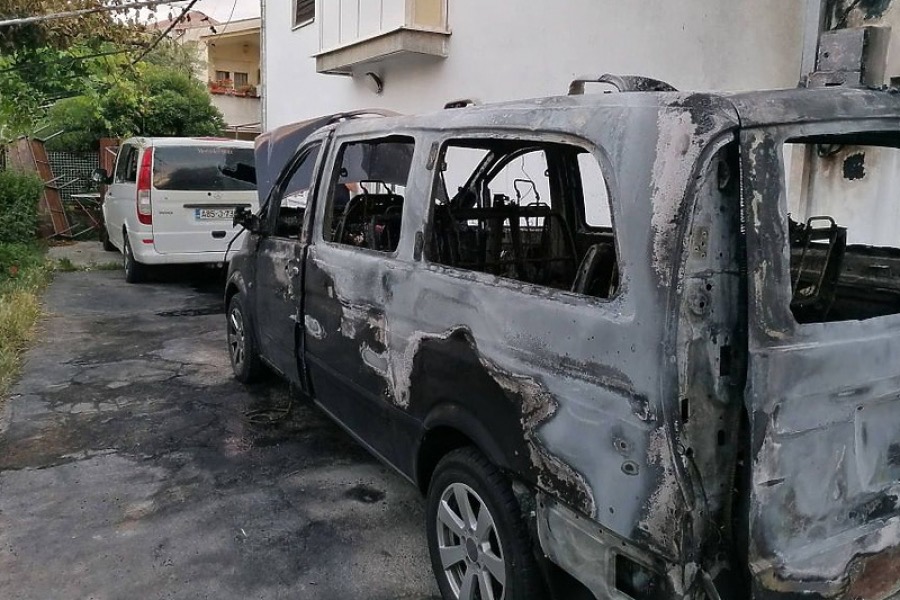 The fan group of the Montenegrin national team ”Ultra Montenegro” handed over the money to the driver of the Bosnia and Herzegovina (BiH) fans whose van was set on fire in Podgorica.

A nice action of the fan group of Montenegrin fans was successfully realized, who organized and collected money for the purchase of a van that was set on fire ahead of the Montenegro-BiH match in Podgorica.

Setting the van on fire was the only incident during the day that followed the match between Montenegro and BiH (1:1), but the action of the fans of the home team created an even better story than it would have been if nothing had happened.

”Ultra Montenegro” initiated a fundraising campaign, and the complete amount of money was provided by a Montenegrin family from Berlin. The money was handed to the driver yesterday.

”Today we handed over the money to the driver in Sarajevo. We wish luck to all the donors. Cheers and see you at the stadium. Long live Montenegro,” they stated yesterday from the mentioned fan group.

To recall, the group BH Fanaticos also reacted to the action, thanking and wishing a welcome to the Montenegrins in Zenica when the rematch is played, Klix.ba writes.